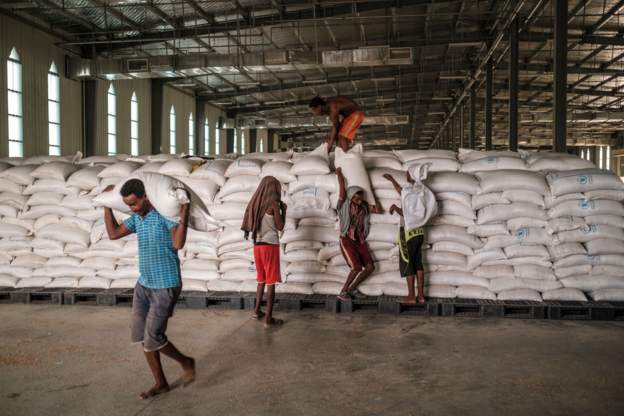 At least 13 children in southern Ethiopia have died due to hunger as drought and conflicts continue to affect the area, local authorities have said.

A local official from Konso district confirmed the deaths.

He told the BBC that crop failure continued to push many away from their homes and farms.

The official said the number of malnourished children in the district was growing, with more than 240 of them admitted to hospitals.

The government’s relief agency told the BBC that aid was being provided to those affected.

The Horn of Africa region is facing the worst drought in decades with aid agencies saying that seven million children under the age of five are facing acute malnutrition.

Southern Ethiopia is one the areas severely affected by the drought that has left at least 18 million people across the region without enough food.