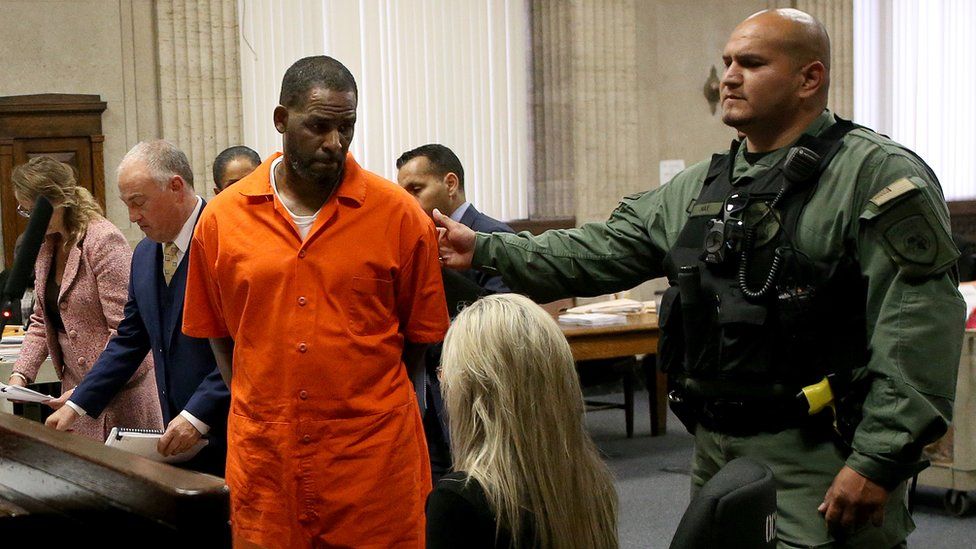 The singer used his status to sexually abuse women and children over 20 years, a jury found.

YouTube's taken down RKellyTV and RKellyVevo, saying the decision is "in accordance with our creator responsibility guidelines".

The singer won't be able to create any new channels, but his music will still be available on YouTube Music.

His tracks will stay on the audio-streaming service, and music videos of his that are posted by other YouTube users will stay up.

The platform has taken down channels after convictions before, such as in the case of USA gymnastics coach Larry Nassar, who was jailed for molesting hundreds of young gymnasts.

R. Kelly's due to be sentenced in May next year and could spend the rest of his life in prison.

The MuteRKelly campaign, which wants the singer's music to stop being broadcast or streamed, has called on other major platforms to follow YouTube's move.

R. Kelly's trial heard from 11 accusers - nine women and two men - who described the sexual humiliation and violence they went through.

After two days of discussion, the jury found the singer guilty on all nine charges he was facing.

He's one of the most famous people to face sex charges since the #MeToo movement, which was sparked by sexual assault claims against the Hollywood producer Harvey Weinstein.

Weinstein was jailed earlier this year.