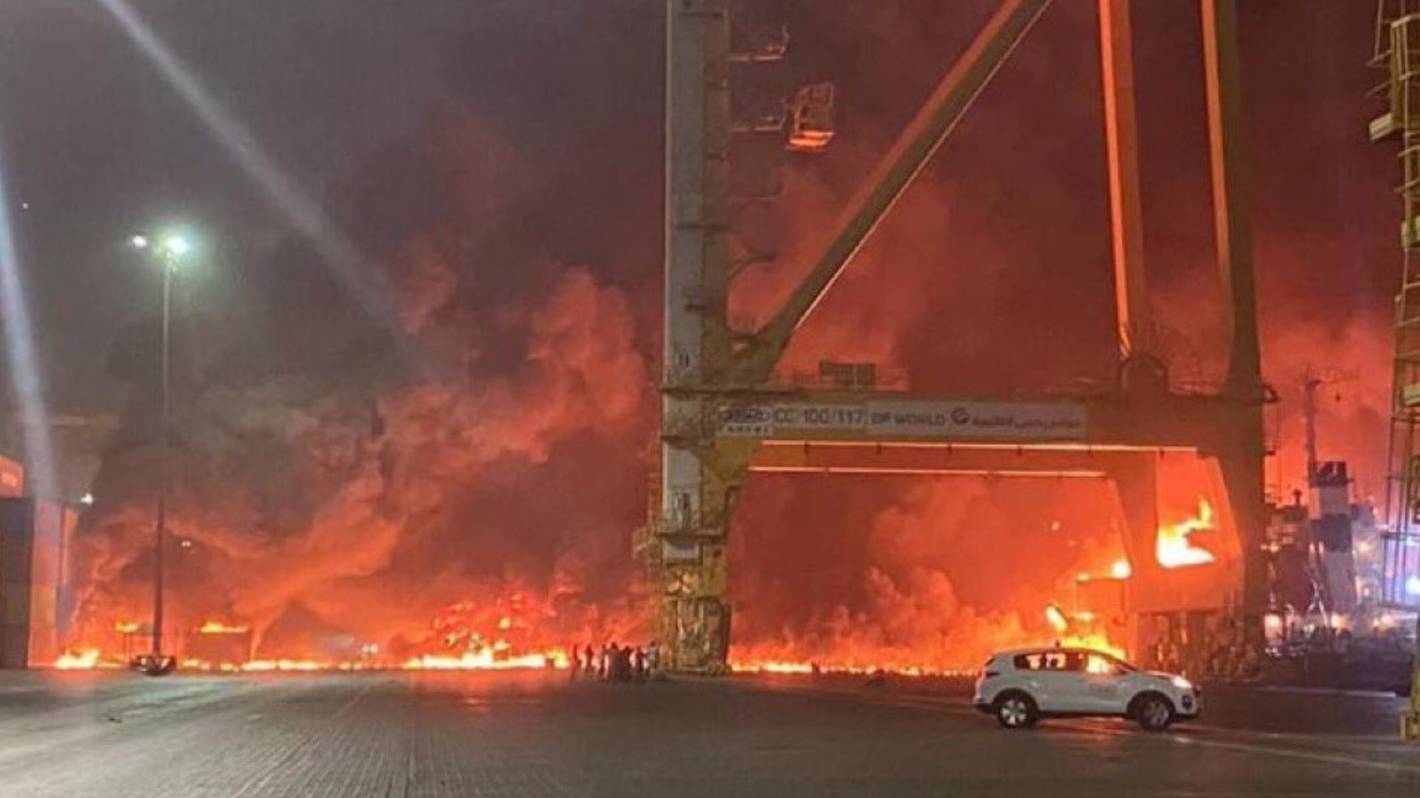 A container ship anchored at one of the world’s largest ports in Dubai caught fire late on Wednesday, local authorities said, after an explosion shook the commercial hub of the United Arab Emirates.

The blaze sent up giant orange flames on a vessel at the crucial Jebel Ali Port, the busiest in the Middle East, which sits on the eastern side of the Arabian Peninsula – but authorities said the situation is under control.

“A fire caused by an explosion within a container on board a ship at Jebel Ali Port has been brought under control; no casualties have been reported,” the Dubai Media Office (DMO) said on Twitter.

The combustion unleashed a shock wave through the city, shaking buildings and windows in neighbourhoods as far as 25 kilometres (15 miles) from the port.

At least three residents in the area of the blast, the cause of which remains unknown, reported windows and doors in their homes were shaken as a result of the incident.

There were no immediate reports of casualties at the port, which is also the busiest port of call for American warships outside of the US.

The glow of the blaze was visible in the background as civil defence crews worked to contain the fire.

Port officials said they were “taking all necessary measures to ensure that the normal movement of vessels continues without any disruption”.

Mona al-Marri, director-general of the DMO, told Al-Arabiya TV that this incident “could happen anywhere in the world” and that the government’s communication office worked to issue statements quickly to avert rumours from spreading as the cause of the fire is being investigated.

The office said the ship, which was not identified, was preparing to dock at one of the berths “away from the port’s main shipping line”.

Al Arabiya said the Dubai government claimed the ship’s crew had been evacuated in time.

Clemence Lefaix, who is staying near the blast site, posted a photo of a bright orange light against the night sky in front of apartment buildings.

“I was outside on my balcony. My friend saw something yellow coming [like] the sun. I took the picture and after [there was] a sound,” Lefaix told the AFP news agency.

The Jebel Ali Port at the northern end of Dubai is the largest constructed deep-water harbour in the world and serves cargo from the Indian subcontinent, Africa and Asia.

Operated by the Dubai-based DP World, the port has four sprawling container terminals that can berth some of the world’s largest ships. The port is not only a critical global cargo hub, but a lifeline for Dubai and surrounding emirates, serving as the point of entry for essential imports

DP World describes Jebel Ali Port as a “gateway hub” and a “vital link in the global trade network” that connects eastern and western markets. The company did not immediately issue any public statement on the blast.