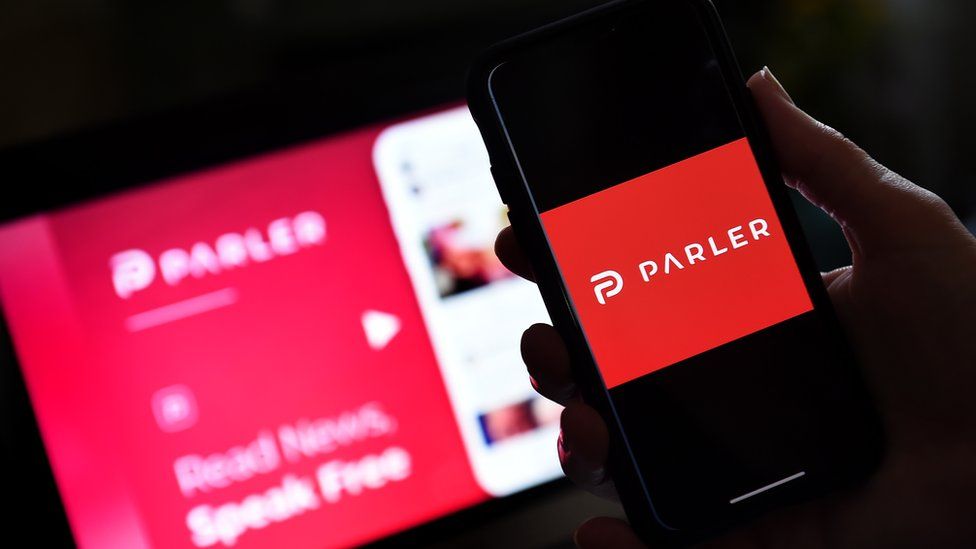 Amazon has announced it will suspend Parler, a social media platform popular with right-wing users that has already been banned by Apple and Google for failing to prevent the spread of “threats of violence” after a deadly riot at the United States Capitol.

In an email from Amazon Web Services to Parler, first reported by BuzzFeed News, Amazon said it plans to suspend Parler as of 07:59 GMT on Monday because it poses a “very real risk to public safety”.

“We’ve seen a steady increase in this violent content on your website, all of which violates our terms of service,” reads the email, the contents of which were confirmed by Amazon to Reuters and AFP news agencies.

Amazon also said there was a “serious risk that this type of content will further incite violence”.

The move effectively takes Parler offline unless it can find a new company to host its services.

Right-wing supporters of US President Donald Trump, who was permanently suspended from Twitter on Friday, have flocked to Parler after the deadly violence in Washington, DC on January 6. The site is also seen as a haven for conservative and right-wing groups who accuse larger social media companies such as Twitter or Facebook of censoring their posts.

Five people, including a local police officer, died in relation to the pro-Trump riot at the Capitol building, which took place as Congress was voting to confirm President-elect Joe Biden’s election victory.

The deadly violence sent shockwaves across the world and spurred calls for accountability and a thorough investigation into what happened.

Dozens of alleged participants have been arrested and some US lawmakers are also pushing for Trump, who incited his supporters during a rally in Washington, DC before the riot, to be held responsible.

For his part, Trump has slammed his permanent suspension from Twitter and promised to get back online soon.

“We have been negotiating with various other sites, and will have a big announcement soon, while we also look at the possibilities of building out our own platform in the near future. We will not be SILENCED!” he said in a statement on January 8.

Google pulled Parler from its app store on Friday for allowing postings that seek “to incite ongoing violence in the US”.

Apple followed suit, saying on Saturday evening that it had given Parler 24 hours to address complaints it was being used to “plan and facilitate yet further illegal and dangerous activities”.

Cassie Miller, a senior research analyst with the Southern Poverty Law Center (SPLC) who tracks the far right, said white supremacist and far-right groups have been celebrating the riot as the beginning of a “revolution”.

“There is no way to instantly demobilise this movement, and we can therefore likely expect more mass demonstrations and violence,” Miller told Al Jazeera.

Meanwhile, Parler’s founder, John Matze, confirmed on his profile that there was a possibility the network would be unavailable “for up to a week” as it searches for a new host.

Matze also lashed out at Amazon, Google and Apple, saying Parler was being subjected to “a coordinated attack by the tech giants to kill competition in the market place”.

“You can expect the war on competition and free speech to continue, but don’t count us out,” he said.