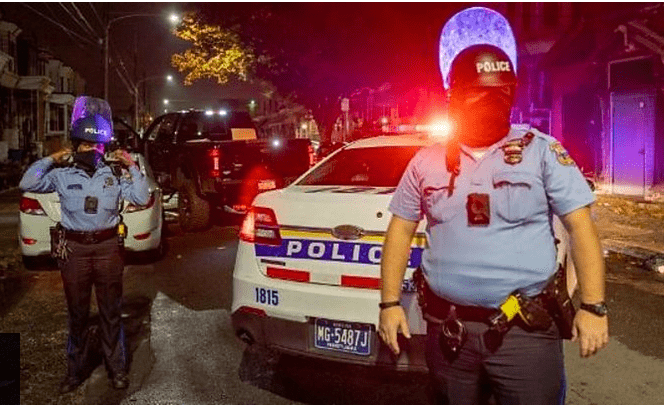 Hundreds of protesters in Philadelphia have marched through the city for a second night, demanding racial justice after police fatally shot a black man.

The family of Walter Wallace, 27, say he was suffering a mental health crisis when officers opened fire on him.

Police say they shot him because he wouldn't drop a knife he was holding.

Police reinforcements as well as the National Guard have been deployed. Officials say 30 officers were hurt during the first night of clashes.

The city's police have also accused protesters of looting and ransacking businesses during the unrest.

Mr Wallace had bipolar disorder, and his wife told officers this before they shot him, a lawyer representing his family said.

The situation in Philadelphia

On Tuesday night, the marches began peacefully but became more confrontational as the evening drew on.

Officers in riot gear arrived in squad cars, on bicycles and on buses, and used their bikes to shove protesters back from barricade lines.