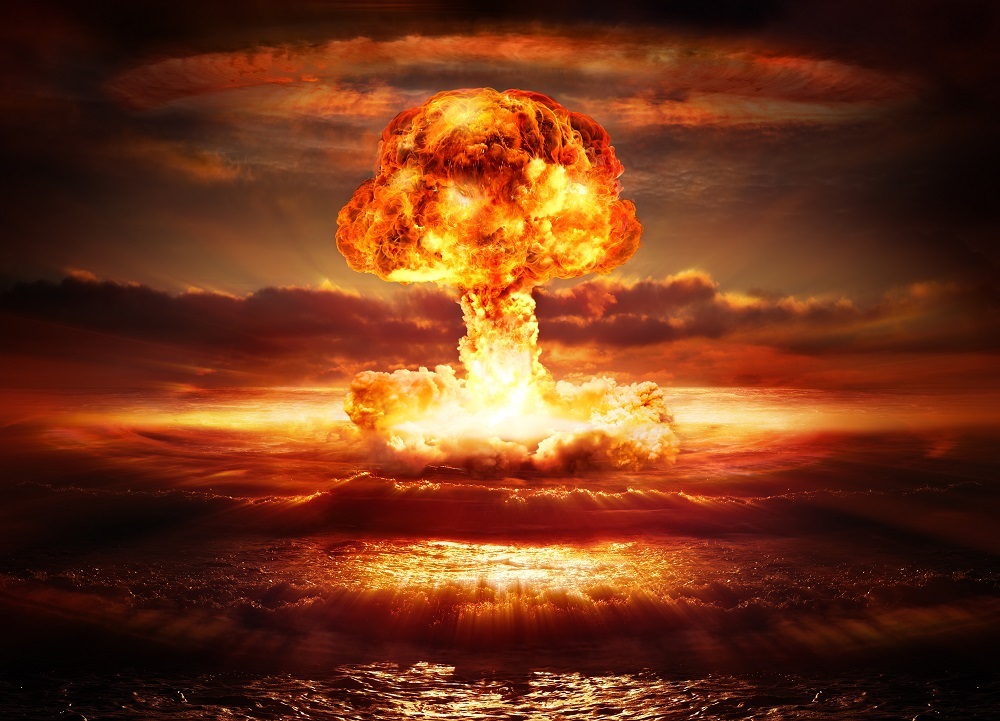 Honduras just became the 50th nation to ratify the Treaty on the Prohibition of Nuclear Weapons (TPNW) on Saturday. The accord has now met the required threshold to enter into force in 90 days -- on January 22.

This event marks the first time since Hiroshima that the simple possession of nuclear weapons will be deemed a crime under international law -- though it is not binding on nations who do not sign it. The treaty's entry into force could not be timelier.
The President of the United States has the ability to launch a nuclear attack on his own authority, without requiring the authorization of Congress, the Cabinet, the vice president or the Joint Chiefs. It is hard to imagine a more perfect example of the insane danger that we continue to live with as long as we maintain massive arsenals of nuclear weapons.
Even a healthy person, possessed of sound judgment, should not have the ability to launch these terrible weapons. The consequences are simply too great, and people are, well ... human. As humans, we are prone to mistakes, and the technology we have created is too.
Many errors can be corrected. A nuclear war cannot. Studies over the last decade have shown that even a limited nuclear war, involving less than one or two percent of the world's nuclear arsenal, would kill tens of millions directly. Even worse, it would cause worldwide climate disruption and famine putting billions of people at risk and ending civilization as we know it.
Even before the Covid-19 pandemic, the danger of nuclear war was growing at an alarming rate. Experts, like former Secretary of Defense William Perry, have warned that we are closer to nuclear war than we have ever been and the expert panel at the Bulletin of the Atomic Scientists have set their iconic Doomsday Clock to 100 seconds to midnight, the closest it has ever been to Armageddon.
So, even as we cope with the coronavirus pandemic, which has killed over a million people worldwide, and the economic turmoil it has caused, it is critical that we move as rapidly as we can to eliminate nuclear weapons and the imminent, existential threat they pose.
The nine countries which possess nuclear weapons are moving in the exact opposite direction. They are all engaged in massive plans to "modernize" their nuclear arsenals and to preserve these weapons for decades to come -- if they are not used first. The US plans to spend over $1 trillion dollars over roughly the next 25 years replacing existing weapons and is deploying new, smaller, more useable nuclear warheads and updating things like laboratories, delivery systems, early warning systems, etc.
And this past week, The New York Times reported that the US took the unprecedented step of pressuring countries that have joined the Treaty to withdraw from it. Given their failure to join the TPNW, will the Treaty make a difference?
Yes, according to former Secretary Perry, who has strongly endorsed the accord. "The new UN Treaty on the Prohibition of Nuclear Weapons is an important step towards delegitimizing nuclear war as an acceptable risk of modern civilization," he said.
SOURCE:CNN
Tweet
Whatsapp
Leave your feedback!