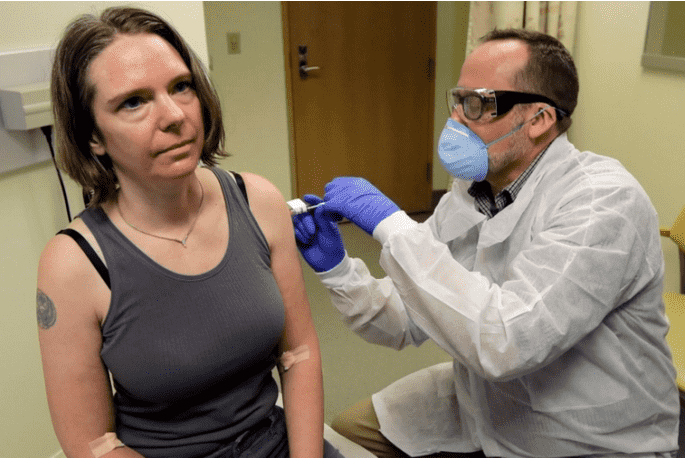 Moderna Inc’s Chief Executive Officer Stephane Bancel expects interim results from its coronavirus vaccine trial in November and that the United States government could approve the drug for emergency use in December, the Wall Street Journal newspaper reported.

Speaking at the newspaper’s annual Tech Live conference, Bancel also said on Monday that if sufficient interim results from the study are delayed, government permission to use the vaccine may not come until next year.

The first interim analysis of the vaccine’s efficacy will happen when 53 people in the entire study show symptoms of COVID-19, the report said.

That first analysis is likely to occur in November, but “it’s hard to predict exactly which week because it depends on the cases, the number of people getting sick,” the report quoted Bancel as saying.

Moderna has one of the leading COVID-19 vaccines in development, along with a vaccine co-developed by Pfizer Inc. Large US trials for two other leading Covid-19 vaccines, from Johnson & Johnson and AstraZeneca PLC, have been paused, while the companies investigate unexplained illnesses among study subjects.

Bancel had told Financial Times newspaper last month that Moderna would not be ready to apply for emergency use of its COVID-19 vaccine before November 25 at the earliest.

Bancel also highlighted that a ramping up of production is a challenge. “If one ingredient is missing, we cannot make the vaccine,” the Journal quoted him as saying.

Moderna is on track to produce 20 million doses of its experimental vaccine by the end of the year, the company had said last month, adding that 25,296 participants had enrolled out of a planned 30,000 in its late-stage study.

The company must monitor the safety of at least half of the study subjects for two months after vaccination before it can seek an authorisation for emergency use. Bancel said Moderna was likely to reach that threshold in late November. If Moderna files for an emergency use authorisation soon after, the Food and Drug Administration may take a few weeks to review the application before deciding in December.

Drugmakers are racing to develop a COVID-19 vaccine, with more than 150 potential therapies being developed and tested globally.

Bancel’s comments suggest Moderna’s timetable is not far off Pfizer’s, which said last week it expects to seek US authorisation of emergency use of its vaccine by late November.