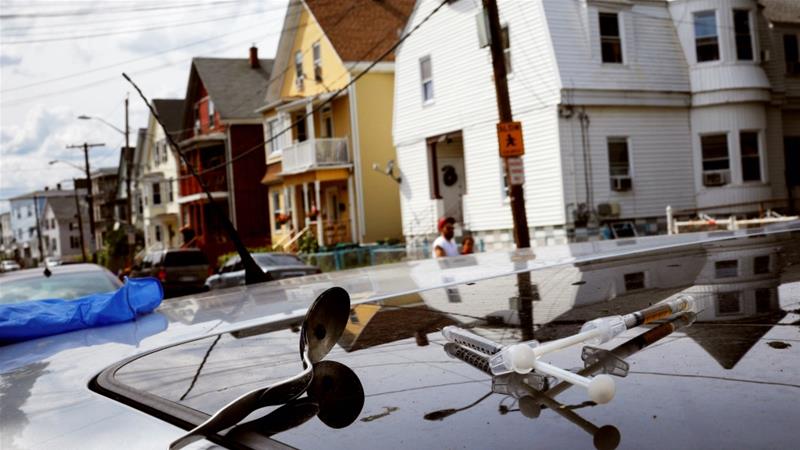 The US Treasury Department on Tuesday imposed sanctions on a Chinese national whom it accused of trafficking fentanyl to the United States.

Taotao Zhang, a chemist and chemical supplier, had shipped illicit synthetic opioids to the US, Treasury said in a statement. The Treasury also blacklisted Hong Kong-based Allyrise Technology Group Co, Limited, of which Zhang is director, accusing it of being a front-company for his financial transactions.

Fentanyl is a cheap opioid painkiller 50 times more potent than heroin that has played a significant role in an addiction crisis in the US, where more than 28,000 synthetic opioid-related overdose deaths were recorded in 2017.

US officials say China is the main source of illicit fentanyl. President Donald Trump has accused Chinese President Xi Jinping of failing to meet promises to help stop the flow of the drug into the US, a charge Beijing rejects.

Secretary of State Mike Pompeo in a separate statement called on Beijing to accelerate efforts to "regulate its chemical industry and reduce the diversion of precursors into the international black market".

"The United States continues to seek cooperation with the PRC to tackle this supply chain threat," Pompeo said.

Tuesday's action freezes any US assets of Zhang and the Hong Kong-based company and generally bars Americans from dealing with them.

The Treasury's Office of Foreign Assets Control said it coordinated the move with the US Attorney's Office for New Jersey and the Drug Enforcement Administration.