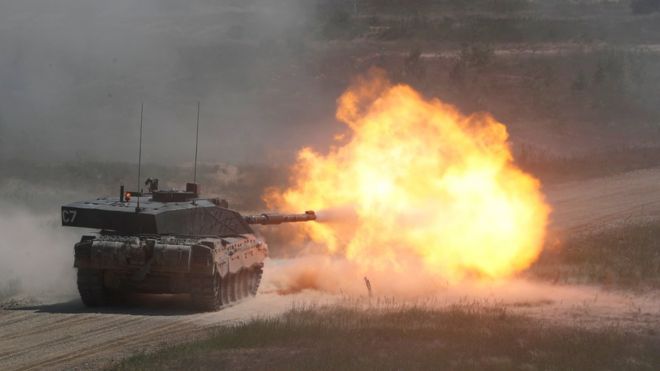 Hackers have broken into real news websites and posted fake stories stirring up anti-Nato sentiment, a cyber-security firm has warned.

The disinformation campaign, nicknamed "ghostwriter", has been ongoing since 2017, according to FireEye researchers.

It is designed to "chip away" at support for Nato in Lithuania, Latvia, and Poland, they said.

While the false stories are "aligned with Russian security interests", it is not known who is behind the attack.

The disinformation campaign uses "falsified news articles, quotes, correspondence and other documents designed to appear as coming from military officials and political figures in the target countries," FireEye said.

In some cases, false news stories were posted on real news websites without permission.

The attackers apparently gained access to the CMS of the target website and replaced old articles with their own content, or posted entirely new false articles.

They would try to spread the fake stories on social media before they were taken down.

In one example from last year, a Lithuanian news site published a fake article claiming that German soldiers had desecrated a Jewish cemetery.

In another, a fake message was posted to the Polish War Studies Academy website, claiming to be from the organisation's commander. It called for troops to fight against "the American occupation".