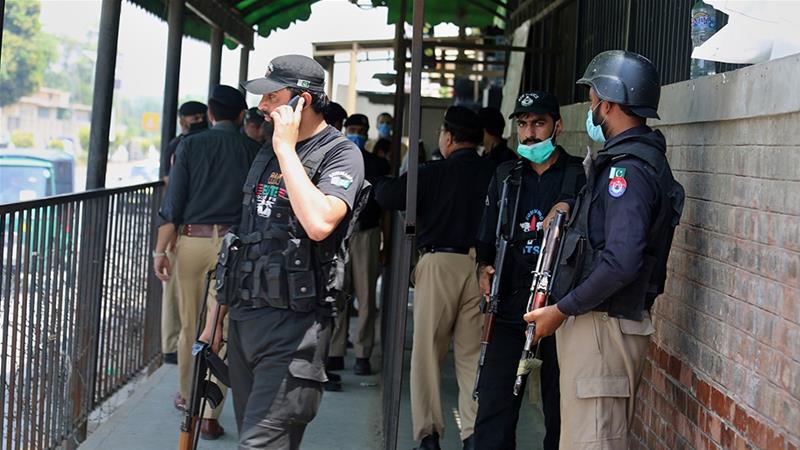 A man accused of blasphemy for claiming that he was a prophet has been shot dead in a courtroom in the northwestern Pakistani city of Peshawar, police officials say, the latest violence associated with Pakistan's strict blasphemy laws.

Tahir Ahmad Naseem was shot six times during a hearing in his case at a district court on Wednesday, police official Ijaz Ahmed told Al Jazeera.

"The culprit accepts responsibility for killing him, and says that he killed him for having committed blasphemy," said police official Ahmed. "[The suspect] has been arrested from the scene."

Naseem had been in police custody since 2018 when he was accused of having committed blasphemy by claiming to be a prophet - a violation of Pakistan's strict blasphemy laws that can carry the death penalty for certain offences.

Naseem was accused of having violated sections 295-A, 295-B and 295-C of the Pakistani penal code, which deal with blasphemy against Islam, criminalising, among other things, "defiling the sacred name of the Holy Prophet Muhammad".