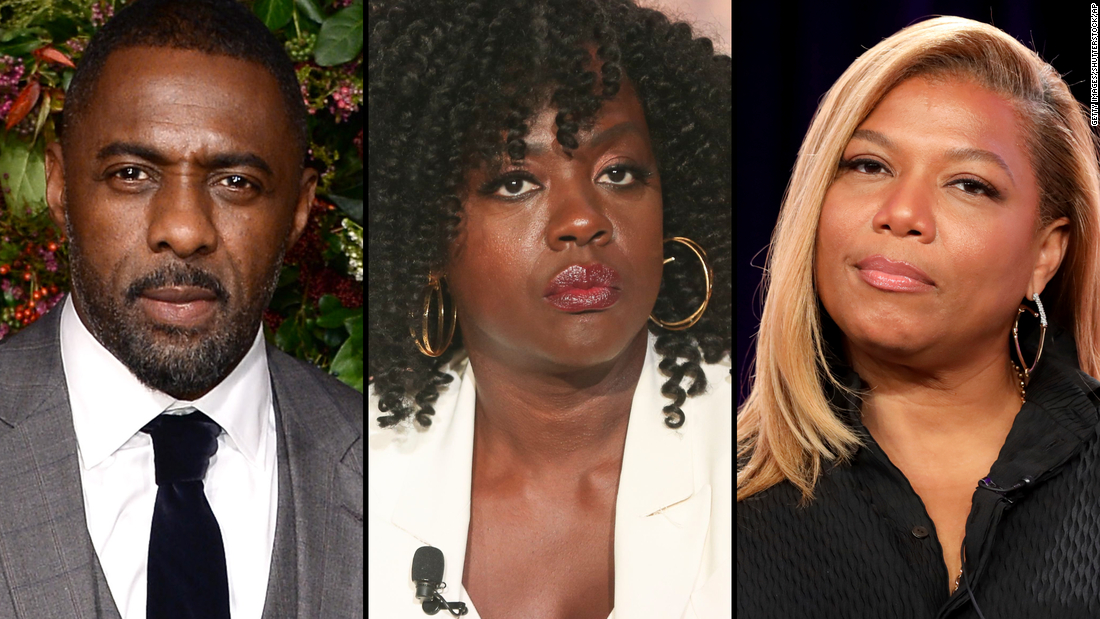 Some of the industry's best known black performers are lending their support to an organization that is calling on Hollywood to step up the battle against racism.

Idris Elba, Viola Davis, Queen Latifah, Kerry Washington and Chadwick Boseman are among more than 300 people who have lent their voices to a letter as a part of the Hollywood4BlackLives initiative.
The letter is demanding Hollywood divest from the police and anti-black content and invest in anti-racist content and the careers of Black people working in the industry, as well as the Black community.
"Hollywood has a privilege as a creative industry to imagine and create. We have significant influence over culture and politics," the letter reads. "We have the ability to use our influence to imagine and create a better world. Yet, historically and currently, Hollywood encourages the epidemic of police violence and culture of anti-Blackness.
"The way that Hollywood and mainstream media have contributed to the criminalization of Black people, the misrepresentation of the legal system, and the glorification of police corruption and violence have had dire consequences on Black lives."
Hollywood4BlackLives is a part of the BLD PWR organization founded by actor/activist Kendrick Sampson who currently stars as Nathan on the HBO series, "Insecure." HBO is owned by CNN's parent company.
The organization "works at the intersection of grassroots and narrative activism. We partner with artists, storytellers, grassroots groups, and community activists dedicated to challenging injustice by empowering frontline communities to address issues that affect their lives" according to its site.
Sampson posted about its latest initiative on his verified Instagram account.
SOURCE: CNN
Tweet
Whatsapp
Leave your feedback!