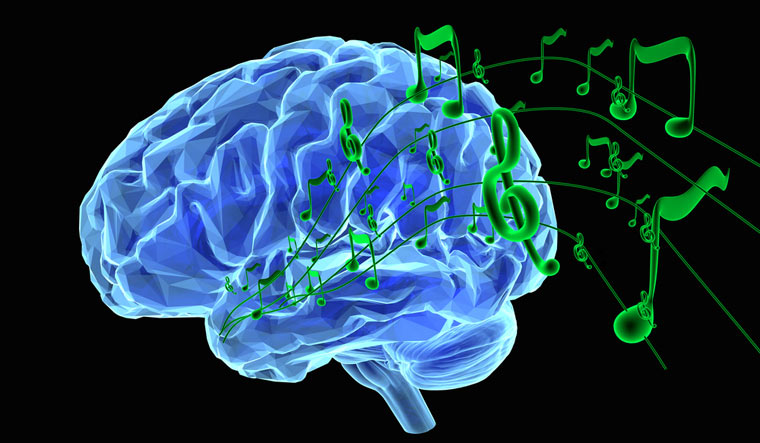 Researchers unriddle the puzzle of musical synchronisation in human brain

Researchers, who explored the relationship between the rhythmic structure of music and the spatial dimension of sound, have found that the ability to perceive a regular beat in music and synchronize to this beat is a widespread human skill.

Musical training is linked to better synchronisation of brain activity with rhythmic sounds, according to the study which reveals how the process varies between musicians and non-musicians.

The study, published in the journal Brain and Cognition,  reinforces the idea that the brain's processing of rhythm and beat is facilitated by experienced acquired during long periods of formal musical training.

The team of researchers, including those from Pompeu Fabra University in Spain, studied the brain activity of professional musicians, and compared it to those of untrained listeners while both groups listened to a waltz. They recorded the brain waves of musicians and non-musicians while listening to music, and found that both groups synchronised two types of low-frequency brain waves, known as delta and theta, to the rhythm of the music

As part of the study the participants listened to different sounds separated in space, and in another experiment, they had to pay attention to a visual distraction.

"We aimed to answer two main questions: (i) how the brain interacts with spatially separated sounds and (ii) to what extent formal training in music shapes the perception of beat and metre (regularly recurring patterns and accents) in the spatial domain," the researchers wrote in the study.

The brain activities of the participants were recorded using an electroencephalogram (EEG), the researchers noted in a statement.

"This study explores the relationship between the rhythmic structure of music and the spatial dimension of sound. We study how the brain interacts with sounds that are spatially separate to build up a metrical structure," said study co-author Alexandre Celma-Miralles from Pompeu Fabra University.

The results of the study revealed that regardless of the participant's musical training, the brains of all listeners synchronised with the rhythm.

According to the study, the brain activity of the musicians were much stronger, and more resistant to distractions than those of non-musicians.

"This does not necessarily mean that musicians have a better perception of the sound. Rather, musicians could be more accurate in entraining to the beat and the metre due to their long experience with the rhythmic dimension of music," the study noted.

"The most relevant point of this study is that it demonstrates that our brains are prepared to follow rhythm, regardless of whether we listen to a song or watch a dance," the researchers said.

"When we compared both experiments, we found that attention to the auditory stimuli increased the neural entrainment to the frequencies of the beat and the metre," the researchers wrote in the study.