An experimental drug has proved effective against the new coronavirus in a major study, shortening the time it takes for patients to recover by four days on average, United States government and company officials announced Wednesday.

Gilead Sciences' remdesivir is the first treatment to pass such a strict test against the virus, which has killed more than 224,000 people since it emerged late last year in China. Having a treatment could have a profound effect on the global pandemic, especially because health officials say any vaccine is likely a year or more away.


The study, run by the US National Institutes of Health (NIH), tested remdesivir versus usual care in 1,063 hospitalised coronavirus patients around the world. At the White House, Dr Anthony Fauci, the director of the NIH's National Institute of Allergy and Infectious Diseases, said the drug reduced the time it takes patients to recover by 31 percent - 11 days on average versus 15 days for those just given usual care.

He also said there was a trend towards fewer deaths among those on remdesivir, and that full results would soon be published in a medical journal.

"What it has proven is that a drug can block this virus," Fauci said.

"This will be the standard of care," he added. "The data shows that remdesivir has a clear-cut, significant, positive effect in diminishing the time to recovery."

A statement from the US Food and Drug Administration (FDA) says that the agency has been talking with California-based Gilead "regarding making remdesivir available to patients as quickly as possible, as appropriate."

The FDA plans to announce an emergency-use authorisation for remdesivir, according to The New York Times. The authorisation for the investigational coronavirus treatment could come as soon as Wednesday, the Times reported, citing a senior administration official.

Remdesivir is among many treatments being tested against the coronavirus, but was the farthest along in study.

The drug is given intravenously and is designed to interfere with the virus's ability to copy its genetic material. In animal tests against severe acute respiratory syndrome (SARS) and Middle East respiratory syndrome (MERS), diseases caused by similar coronaviruses, the drug helped prevent infection and reduced the severity of symptoms when given early enough in the course of illness. But it is not yet approved anywhere in the world for any use. 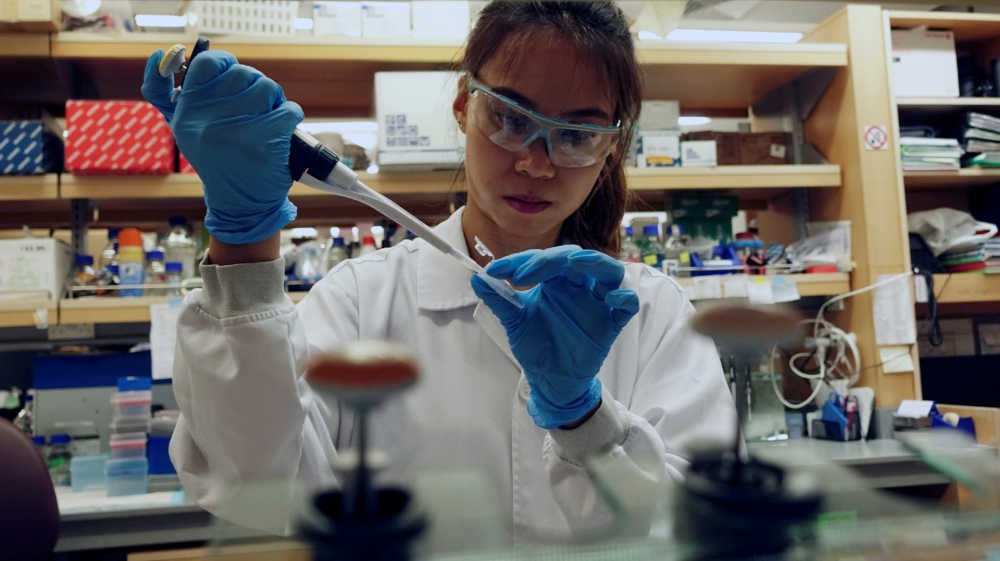 A researcher working in a lab at the Duke-NUS Medical School, which is developing a way to track genetic changes that speed testing of vaccines against the coronavirus disease (COVID-19), in Singapore [File: Joseph Campbell/Reuters]

The NIH study quickly enrolled its original goal of 440 patients and then was expanded to give more answers to questions such as which subgroups may or may not benefit, and to explore other factors that may affect success, such as how early in the course of illness the drug was given.

The study's main goal was also altered. Originally, it was aimed at determining the percentage of patients having various outcomes such as needing a breathing machine, fully recovered or dying 15 days after starting treatment. The new main goal is determining the time to recovery, such as no longer needing oxygen or hospitalisation.

"We are excited and optimistic," said one expert, Vanderbilt University's Dr Mark Denison. His lab first tested remdesivir's efficacy against other coronaviruses in 2013 and has done much research on the drug since, but was not involved in the NIH study.

"It's active against every coronavirus that we've ever tested," he said. "It was very hard for the virus to develop resistance to remdesivir. That means the drug would likely be effective over longer-term use."

Details
By Salt Media
May.01