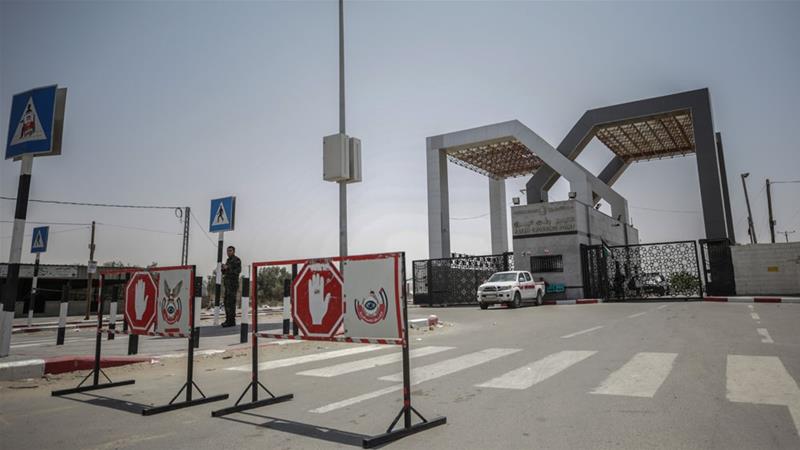 Palestinians paying hundreds of dollars in bribes to leave Gaza

Travellers say it costs hundreds of dollars to expedite travel from the blockaded territory to Egypt.

Gaza City, Gaza - For residents of the besieged Gaza Strip, there are two ways to leave and neither is easy. The first route is via the Erez crossing on the eastern edge of the territory into Israel, while the second option is to travel south to Egypt via Rafah.

The Erez route requires obtaining permission from the Israeli authorities. The permits are extremely difficult to acquire and limited to those who fit into several categories, including some pre-approved businessmen and medical cases. The route through the Israeli-controlled crossing also brings the risk of being pressured to spy for Israeli intelligence agencies, Hamas officials told Al Jazeera.


On the other hand, exiting via Rafah means the prospect of waiting for months to obtain travel documents from the Hamas government in Gaza.

However, there is a way to expedite the process which involves spending hundreds, or sometimes thousands of dollars in bribes to jump the queue.

Since Hamas seized control of Gaza in 2007, after unexpectedly winning the Palestinian elections the previous year, both Israel and Egypt have imposed a stifling blockade on the coastal enclave, choking off Gaza's economy and severely constraining the movement of its residents.

For the vast majority of the 1.9 million residents of Gaza, the Rafah route is often the only viable option. In order to leave via Egypt, they register their request with the Hamas government, but with thousands of names on the waiting lists, approvals can take months.

This is where "travel agents and representatives" - Gaza-based brokers who work with Egyptian intelligence officers to expedite the movement of Palestinians, enter the scene. Known in Arabic as "Tanseeqat" or "Coordination", they advertise on social media that they can arrange immediate travel to, or through, Egypt.

Hala agency is one of the largest companies offering such services. With offices in Gaza City, it arranges the trip for $1,200 per person, an amount equivalent to about three times the average monthly salary of a civil worker here.

Hala describes its services as "VIP travel" and includes transport from Gaza to Cairo without delays at the busy crossing.

Payments must be made at Egyptian intelligence offices in Egypt, according to activists in Gaza and abroad, who spoke on condition of anonymity for fear of reprisals.

These types of services are also advertised on social media. One online advert, which provided a local phone number, guaranteed a trip to Egypt for $650.

A person who answered the phone number listed on the advert identified himself as Abu Amr. He told Al Jazeera a would-be traveller must send a passport copy via WhatsApp, pay the amount at a local currency exchange and within two days they would be on their way to Egypt or beyond.

"And if by any chance the traveller was turned back he will get his money back," said Abu Amr, who said his only communication with travellers is by phone or WhatsApp messages.

Another advert placed online offered "the strongest Coordination supervised by the Egyptian intelligence".

An Egyptian intelligence agent in Gaza, who spoke on condition of anonymity, denied the Egyptian army and intelligence branches were exploiting the plight of Palestinians in Gaza.

"The Egyptian intelligence is clean and honourable," he said, adding that he personally knows many high-ranking officers at the border crossing who are "very professional".

Hasan Abu Zakaria, a local businessman from Gaza, told Al Jazeera he wanted to leave for Europe to attend his son's graduation and paid more than a $1,000 to a local broker.

The fees can jump when clashes between armed groups and Israeli forces flare up, or when the Egyptian government closes the border.

Mohammed Hussein Khalaf, a student from Gaza who is now in Jordan, told Al Jazeera his family paid $4,000 for him to leave two years ago after Egypt tightened entry restrictions on Palestinians from Gaza. They raised the funds mostly by borrowing from relatives, he told Al Jazeera.

A Palestinian official at the Rafah crossing, who spoke on the condition of anonymity, told Al Jazeera that an average of two buses, carrying a total of about 100 Palestinians who had paid between $600-$1,200 per person, arrived at the crossing each day that it was open.

"This vast amount of money is siphoned off from poor Gazans every month by the Egyptians," said the official.

According to OCHA, more than 168,000 people have exited Gaza through Erez so far this year, including 110,000 who belonged to the business/traders category, while some 32,400 people left with medical permits.

Hamas officials told Al Jazeera that Israeli intelligence agents often attempt to recruit the Palestinians who are allowed to travel via Erez to spy on the organisation in Gaza.

Israel has waged three wars against Hamas in Gaza since 2008, in which thousands of Palestinian civilians were killed and many residential areas destroyed. 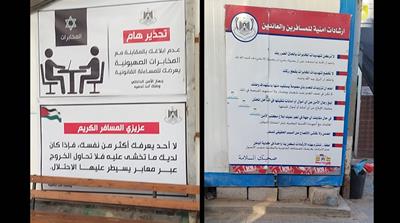 In an attempt to counter recruitment efforts by Israeli intelligence officials, Hamas has imposed requirements on those who travel to Israel to obtain permits and also provide it with detailed information about their reason for travelling.

On the Palestinian side at the Erez crossing, Hamas officials have plastered posters warning Palestinians about potential interactions with Israeli intelligence officers.

"Do not listen to the [Israeli] intelligence threats of hurting you," one poster read.

"Don't be on the side of the enemy against your own people and your own homeland, don't give them the chance," said another.