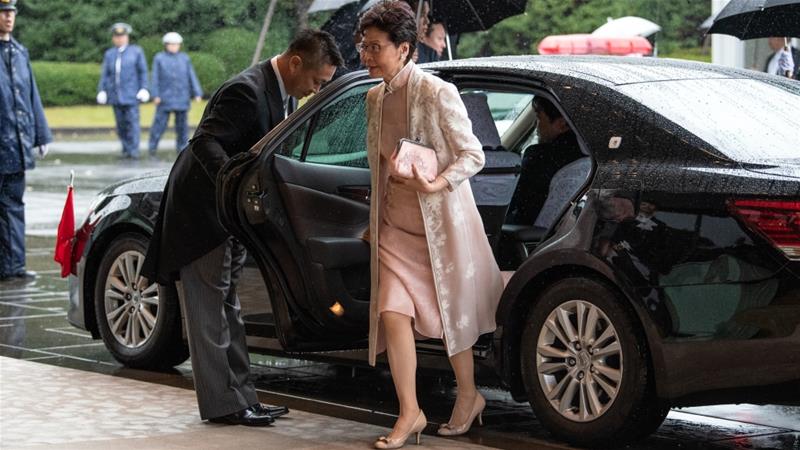 China is planning to replace the leader of Hong Kong, Carrie Lam, with an "interim" chief executive, the Financial Times (FT) has reported, citing people briefed on the deliberations.

If Chinese President Xi Jinping decides to go ahead with the proposal, the newspaper said Lam's successor would be appointed by March and cover the remainder of her term.

Henry Tang, who has also served as the territory's financial secretary and chief secretary for administration, is another possible successor, the report said.

Sources told the FT that officials in China want a stabilised situation before a final decision can be made on leadership changes, as they do not want to be seen as giving in to violence.

In September, in response to a report by the Reuters News Agency about a recording of Lam saying she would step down if she could, she said she had never asked the Chinese government to let her resign in order to end the Chinese-ruled city's political crisis.

Hundreds of thousands of people have taken to the streets in Hong Kong since mid-June in sometimes-violent protests against now-suspended draft legislation that could have seen people sent to mainland China for trial in Communist Party-controlled courts.