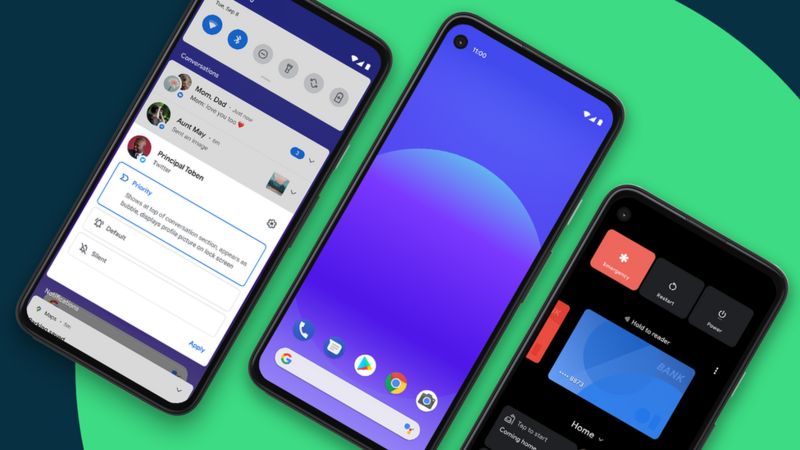 New privacy controls and a screen-recording tool are among features being added to Android phones in the latest major update to Google's mobile operating system.
Android 11 also makes it easier to keep track of chat messages across multiple apps, and control smart home gadgets.
Google has made efforts to encourage third-party device manufacturers to roll out its system updates more quickly than they used to.
But some brands lag behind others.
The tech giant has said that in addition to its own Pixel brand, the following firms would be the first to offer downloads of Android 11:
Nokia has also tended to be an early adopter, while Samsung, Huawei and LG typically take a little longer to adapt new features to their own user interfaces.
In any case, one expert said the fact that Google had detached app and security updates from its major system releases a while back meant delays were now less of an issue than they had once been.
"There's a lot of features that drip into Android phones across the year via app updates, which happen independently of the manufacturers," explained Chris Hall from the tech review site Pocket-lint.
"That contrasts with Apple's iOS, where iPhone users wait for a big dump of features to happen all at once."
SOURCE:BBC
Tweet
Whatsapp
Leave your feedback!