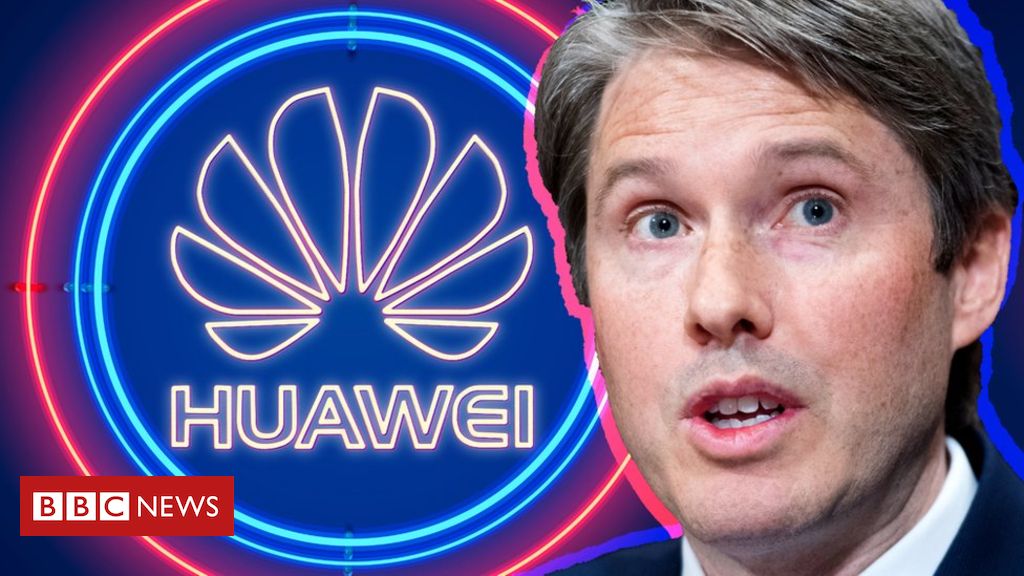 Why Huawei's days in the UK could be numbered

The National Cyber Security Centre (NCSC) - a branch of the intelligence service GCHQ - has documented all the facts ahead of giving its view.

And civil servants at the Department for Digital, Culture, Media and Sport (DCMS) are weighing up the financial consequences of ordering a ban or new limits.

In theory, a decision could come as soon as next week but it is likely to take a bit longer.

Those following developments would be forgiven for having a sense of deja vu.

It was only in January that the UK government announced, following a lengthy review, that the Chinese firm could continue to provide equipment and expertise to the UK networks, albeit with a new cap on its market share.

Washington has continued to assert that Huawei poses a national security risk - most recently claiming it is either backed or owned by the Chinese military - something the firm denies.

The sanctions threaten Huawei's ability to provide the behind-the-scenes kit that transmits data back and forth, as well as its ability to make the handsets and other consumer goods for which it is renowned.

To understand why, one needs to become acquainted with a little-reported side to the tech industry.

When Huawei announced its flagship Kirin 990 5G chip last year, it boasted "over 10 billion transistors are condensed in this tiny chipset".

The reason such intricate products can be made is that the days of laying out such chips by hand have long passed.

Instead, the semiconductor industry relies on a type of software known as electronic design automation (EDA).

"It's theoretically possible to manually design today's chips, but it's extremely difficult and would take a long time," explains Jim Tully, an independent industry analyst.

"Instead, automated software is used to help with the physical layout of the chip, but also to design its logical functionality - its arrays of memory cells and microprocessor cores, its ability to compress the signals and also to carry out special functions for the inputs and the outputs of a chip.

"And the software is also used to simulate the chip working, because once you put it into the manufacturing process it is extremely expensive."

In practice, humans carry out the design work by describing the behaviours they want in computer code, and the software then translates this into a physical design.

The problem for Huawei is that the three leading EDA software-makers all have ties to the US. And the sanctions forbid the Chinese firm and the third parties that manufacture its chips from using "US technology and software to design and manufacture" its products.

Synopsys and Cadence are both based in California. And while Germany's Siemens bought Mentor Graphics in 2017, it still has its headquarters in Wilsonville, Oregon.

Even if Huawei could get round this, the sanctions also ban fabricators from using semiconductor manufacturing equipment based on US tech.

That effectively locks Huawei out from the equipment needed to print the smallest-sized transistors currently possible, which in turn limits how efficiently its products can run.

So, while Huawei could try to skirt round the sanctions by shifting its business to China's predominant foundry - Shanghai-based Semiconductor Manufacturing International Corp (SMIC) - that company, too, needs to obey the US rules or would face consequences of its own that might threaten its wider business.