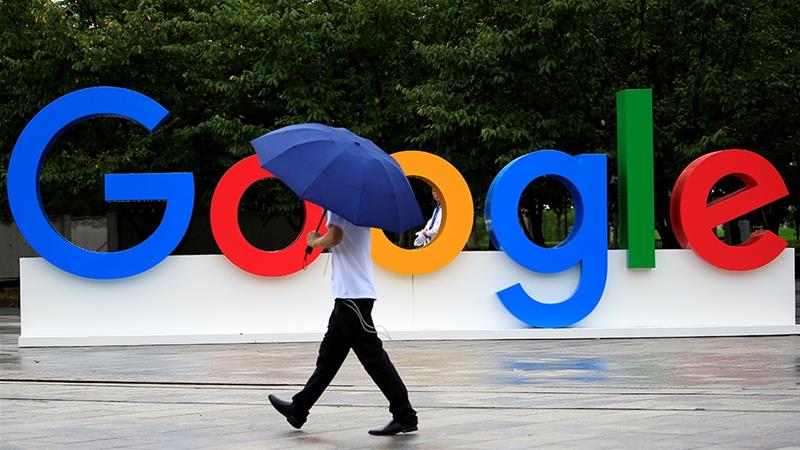 More than 1,600 workers at United States technology giant Alphabet Inc are petitioning its Google unit to stop selling email and other services to police departments, according to media reports.

The workers, in a petition seen by the Reuters news agency, expressed disappointment with Google for not joining the "millions who want to defang and defund" police departments. Civil rights activists across the US for years have called for scaling back traditional policing, and the efforts have gained momentum through protests over the death of George Floyd in police custody in Minneapolis, Minnesota, last month.

"We should not be in the business of profiting from racist policing," the Google petition said. It cited sales of the company's G Suite package, which includes tools for email, document editing and file storage, to the police department in Clarkstown, New York.

A Google spokesperson told Reuters in response, "We have longstanding terms of use for generally available computing platforms like Gmail, G Suite and Google Cloud Platform, and these products will remain available for governments and local authorities, including police departments, to use."

Clarkstown police did not immediately respond to a request for comment.

Some other major technology companies have recently backed away from partnerships with police. Amazon.com Inc. suspended the sale of its facial-recognition systems to law enforcement for a year, while Microsoft Corp. said it would not offer the technology until the government regulates it. Google stopped offering its off-the-shelf facial recognition services in 2018.

Google has trailed those two rivals in selling cloud technology to government agencies, but is trying to catch up.

In the letter to Google Chief Executive Officer Sundar Pichai, the staff cite a 2017 lawsuit from the Black Lives Matter group against Clarkstown and its police department that officers "illegally surveilled" protesters there, according to Bloomberg. Additionally, the Google staff called out investments from Gradient Ventures, one of the company's investment arms, which were tied to work with the military and police.

In recent years, Google employee activism has shelved projects with the US Department of Defense and in China. It has also prompted new policies in the treatment of contract staff. However, Google has not responded to employee demands from last summer to ban work with US border patrol agencies.

While the company has pulled back from some deals like facial recognition, it has responded to concerns by saying it remains committed to helping governments with cybersecurity and other issues.

"We're committed to work that makes a meaningful difference to combat systemic racism, and our employees have made over 500 product suggestions in recent weeks, which we are reviewing," the Google spokesperson added.