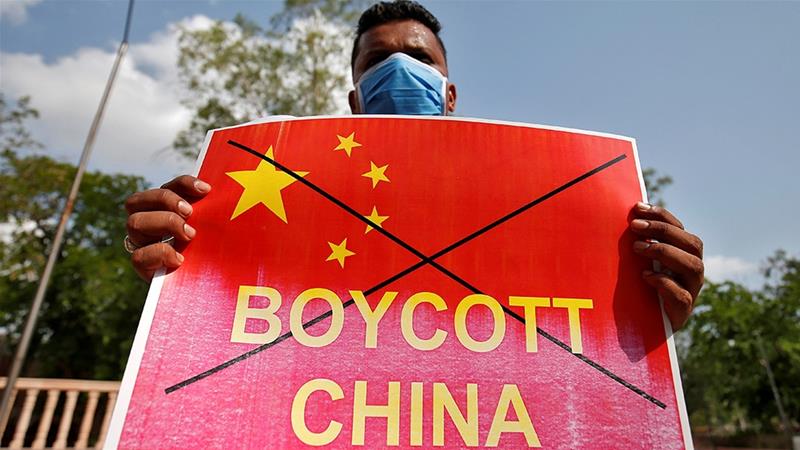 India has told two state-run telecoms firms to use locally-made rather than Chinese telecom equipment to upgrade their mobile networks to 4G, a senior government source told Reuters news agency on Thursday.

New Delhi's move comes amid a backlash against companies from China after the killing this week of 20 Indian soldiers by Chinese forces in a Himalayan border dispute.

"Since that plan will be funded by public money they [BSNL, MTNL] should try to ensure they buy made in India equipment," the government source, who declined to be named as the order was not public, told Reuters.

India's Department of Telecommunications did not respond to a request for comment. The heads of BSNL and MTNL did not answer calls or messages seeking comment.

Chinese companies face a public backlash after the worst clash since 1967 between China and India, where anti-Chinese sentiment is already strong.

Beijing has also come under fire over the coronavirus outbreak, with social media campaigns urging Indians to boycott Chinese goods.

The effective ban on the use of Chinese network gear could extend to private telcos like Bharti Airtel and Vodafone Idea which also use it in their networks.

"There will probably be some communication ... may be not a cease and desist, but a plea to avoid using Chinese equipment in core networks," a telecom industry source, who has worked closely with Chinese telecom equipment makers, said.

Any ban could increase costs for Indian telcos, which would have to rely more on European firms like Nokia and Ericsson, as India has limited domestic expertise in telecom equipment manufacturing.