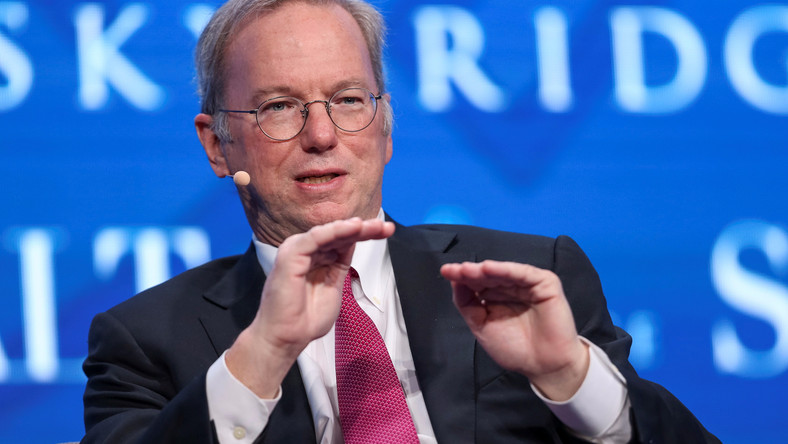 But he says the West should respond by competing with China and its technologies, rather than disengaging.

The UK is currently reviewing whether to continue letting Huawei help build its 5G mobile networks amid growing pressure to exclude the Chinese firm.

"There's no question that Huawei has engaged in some practices that are not acceptable in national security," Mr Schmidt told a BBC Radio 4 documentary.

He said it was possible to think of the company as a means of "signals intelligence" - a reference to spy agencies like the UK's GCHQ or NSA in the US.

"There's no question that information from Huawei routers has ultimately ended up in hands that would appear to be the state," Mr Schmidt added.

"However that happened, we're sure it happened."

Huawei has consistently denied accusations that it is an arm of the Chinese state, or passes on customer data to the authorities.

"It is simply not true," Victor Zhang, Huawei's UK chief told the BBC.

"Huawei is a private company,100% owned by its employees. Huawei is independent from any government, including the Chinese government."

Eric Schmidt says the real issue with Huawei lies in the challenge to US leadership it represents: a Chinese company operating on a global stage that is building a better product than its competitors.

"It's extremely important that we have choices," he told the BBC.

"The answer to Huawei... is to compete by having a product and product line that is as good."