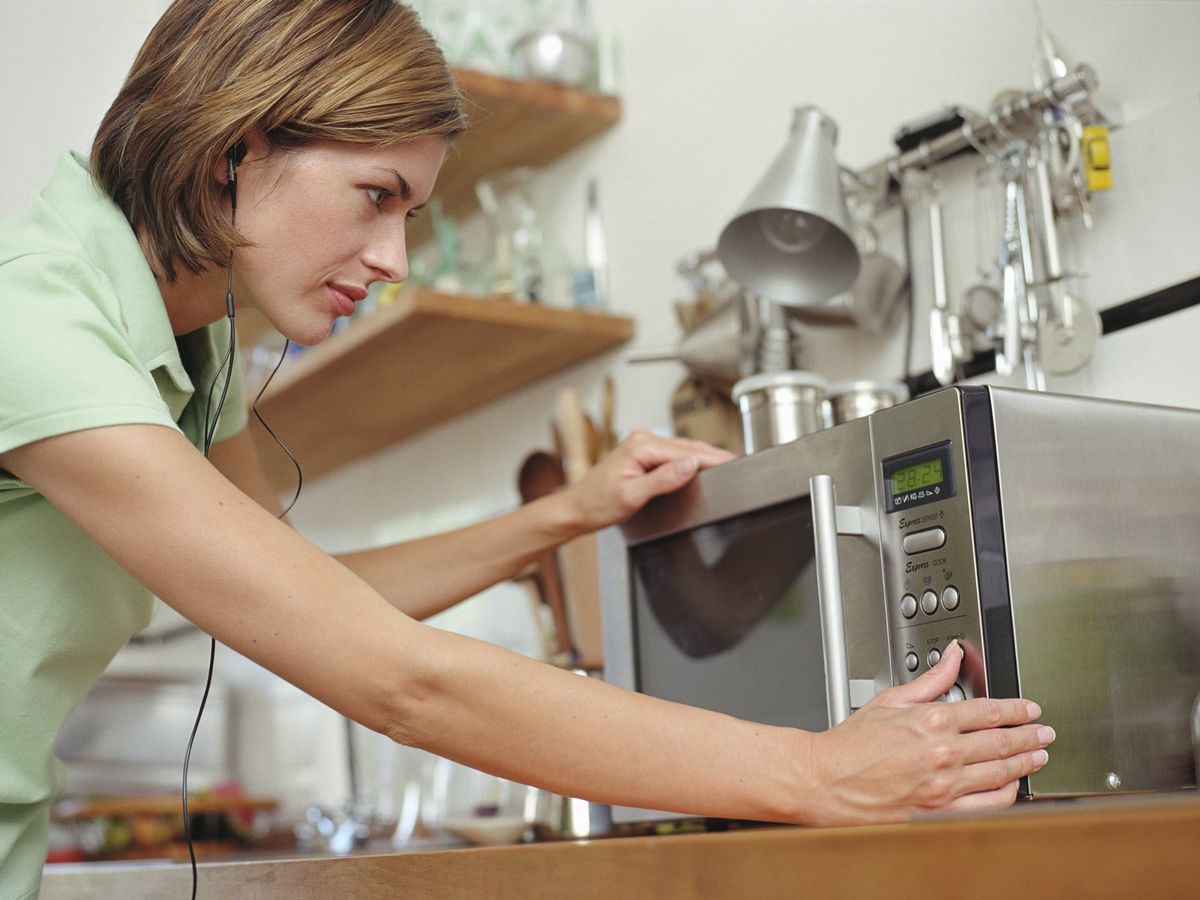 Offices, factories and schools across the UK have shut to manage the spread of the coronavirus.

And with the government now telling the nation to "stay at home", millions are logging on to work and keep themselves entertained during the lockdown.

But that has put pressure on broadband providers, with BT's Openreach reporting a 20% surge in internet use.

To keep speeds up, media watchdog Ofcom has compiled a list of tips to get the most from your internet.

The national information campaign is backed by government and the telecoms industry.

"Right now we need people to stay at home to protect the NHS and save lives," said Digital Secretary Oliver Dowden.

"Reliable internet speeds will be crucial so we can work from home where possible, stay connected with our families and keep up to date with the latest health information," he said.

'Don't use the microwave'

The advice ranges from the seemingly obvious, like downloading films in advance rather than streaming them when someone else may be trying to make a video call, to the less expected.

"Did you know that microwave ovens can also reduce wi-fi signals?" Ofcom asks.

"So don't use the microwave when you're making video calls, watching HD videos or doing something important online."

It suggests positioning your internet router as far as possible from other devices that may interfere with the signal.

Ofcom also advises making calls on a landline where possible, citing an increase in the demand on mobile networks.

"If you do need to use your mobile, try using your settings to turn on wi-fi calling," Ofcom said.

"Similarly, you can make voice calls over the internet using apps like Facetime, Skype or WhatsApp."

The regulator also suggests disconnecting devices that are not in use.

"The more devices attached to your wi-fi, the lower the speed you get," it said.

"Devices like tablets and smartphones often work in the background, so try switching wi-fi reception off on these when you're not using them."

Ofcom is not the only organisation taking action to maximise internet speeds during the lockdown.

Streaming platforms including Facebook, Netflix, Disney+ and YouTube have already reduced the quality of videos in a bid to ease the strain on internet service providers.

But the internet companies say they can handle the pressure.

Openreach, which maintains the telephone cables and cabinets across the country used by most broadband providers, said that - despite the jump - usage is still lower than the usual peaks it experiences in the evening.

"We're not seeing any significant issues across our broadband or phone network," an Openreach spokesman said.

"We've seen a circa 20% increase in daytime usage over our fibre network, but that's in line with what we expected and not as high as the usage levels we see during evening peak times."