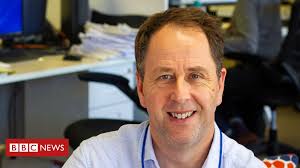 The tech boss who lost more than a billion

The good times were, well, so good, that after Bookham floated on the London Stock Exchange (LSE) in April 2000, within two months it had joined the FTSE 100 index.

This is the list of the 100 firms on the exchange with the largest market capitalisation - the combined value of all their shares.

Such was the surge of Bookham's share price that Andrew, who owned the largest stake in the business, became the UK's first technology billionaire. This sent the UK's tabloid newspapers into a frenzy, and the softly spoken, modest 40-year-old was suddenly a reluctant celebrity.

Journalists excitedly told their readers that he was richer than Queen Elizabeth II and Sir Paul McCartney combined. Looking back, he says he was "embarrassed" by all the coverage.

This thrust him back into the papers, which now gleefully reported his downfall. 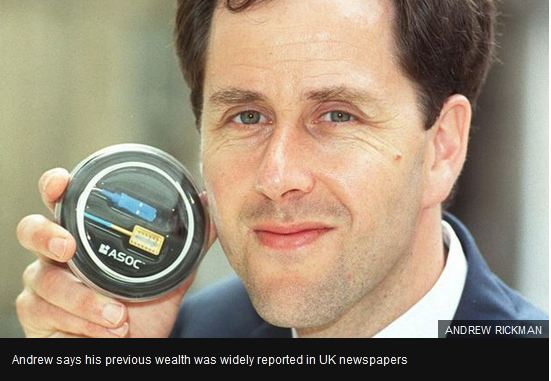 "I didn't think particularly much about all the press coverage," says Andrew, now 59. "The money wasn't an issue, because it was only on paper. Being the first dotcom billionaire wasn't a reality to me.

"The thing that was difficult to deal with, as a human being, was the massive change of circumstances for the company and our technology. It was an emotionally difficult thing to handle for many different reasons."

The big problem for Bookham was that its cutting-edge optical equipment was expensive. And after the dotcom bubble burst, its customers - the firms building all the new networks - switched to using cheaper, simpler technology instead.

But before you feel sorry for Andrew, he still had some £50m in his bank account, and he was able to slowly build Bookham back up again. This involved delisting from the LSE, and moving the company to Silicon Valley to get around the then high price of sterling, and be closer to key customers.

Andrew eventually left the business in 2004, to start a new career as a technology investor. Then in 2013 he started his latest business - Rockley Photonics. 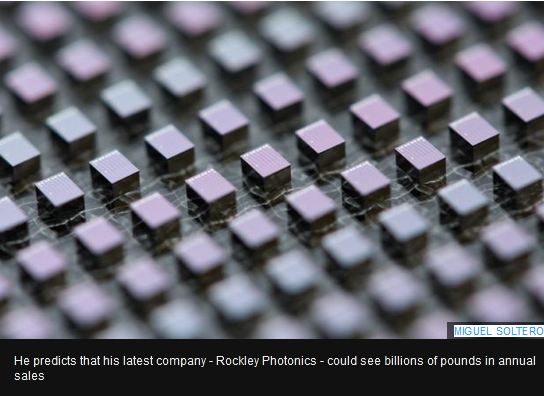 Andrew eventually left the business in 2004, to start a new career as a technology investor. Then in 2013 he started his latest business - Rockley Photonics.

Based in Oxford, with a 150-strong workforce, it designs a product called silicon photonic chips. These are like standard microchips, but with one key difference - they beam light around the chip instead of sending an electronic current.

Although the photonic chip industry is still in its infancy, the advantage is said to be that they can process a lot more data, more quickly. Photonic chips are now increasingly being used in everything from data centres to sensor systems on autonomous cars, and in the latest mobile phones.

Andrew says that Rockley now has an annual turnover in the "tens of millions", but with the potential of increasing this to billions.

Veteran electronics journalist Peter Clarke says that Andrew "is one of a group of UK engineering visionaries that also carry the entrepreneurial gene".

"Rickman is smart in an intense, academic way, and a good advert for the UK higher education system." (He was educated at Imperial College in London, and the University of Surrey.)