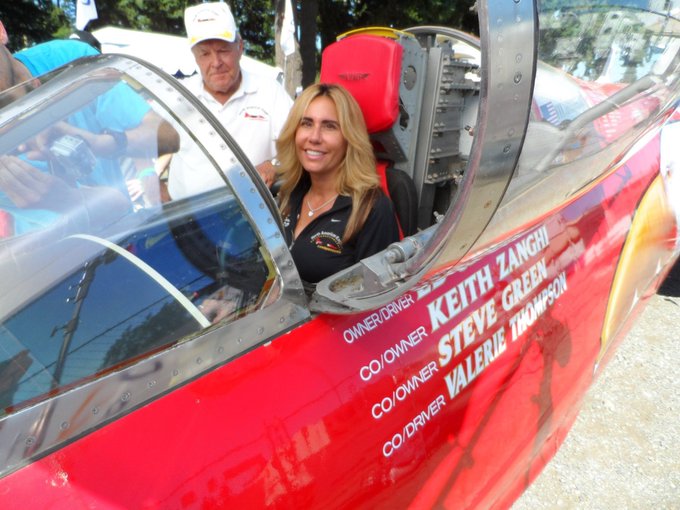 Racecar driver Jessi Combs, who earned the title of the "fastest woman on four wheels" after she set a record with a jet-powered car, died Tuesday while trying to beat a land speed record, officials said.

Combs died Tuesday in Alvord Desert in southeast Oregon, the Harney County Sheriff's Office said. She was 39.
"She was a brilliant & to[p]-notch builder, engineer, driver, fabricator, and science communicator, & strove every day to encourage others by her prodigious example," said Adam Savage, former co-host of the TV show "Mythbusters."
Combs appeared in multiple episodes of the show, while host Kari Byron was on maternity leave. She also appeared as a host in shows such as "All Girls Garage" and "Overhaulin'."
I’m so so sad, Jessi Combs has been killed in a crash. She was a brilliant & too-notch builder, engineer, driver, fabricator, and science communicator, & strove every day to encourage others by her prodigious example. She was also a colleague, and we are lesser for her absence.
Combs became the fastest woman on four wheels in 2013 at the North American Eagle Supersonic Speed Challenger, when she set a record of 398 mph.
In October, Combs set a new top speed of 483.2 mph in a shakedown run.
On Tuesday, she was attempting to go faster when she crashed.
"On August 27, 2019, at approximately 4:00 PM the Harney County 911 Center received a call reporting that a jet car attempting to break a land speed record on the Alvord Desert had crashed leading to one fatality," the sheriff's office said.
Her resume was full of firsts: the first woman to place at any Ultra4 event; the first woman to compete in The Race of Gentlemen event.
Her dedication to women's empowerment in the automotive industry was also significant. She has a line of women's welding gear with Lincoln Electric, as well as an online collaborative dedicated to empowering and educating women through industrial skills, called the RealDeal.
Valerie Thompson, the first woman to exceed 300 mph on a motorcycle and the "fastest woman on two wheels" expressed grief on Twitter, posting photos of the two of them together.

It's with a heavy heart that I pass along the news that Jessi Combs passed away yesterday while attempting to break a land speed record. I also had the chance to attempt this record but it wasn't my turn...this hits home for me. Godspeed, Jessi Combs. 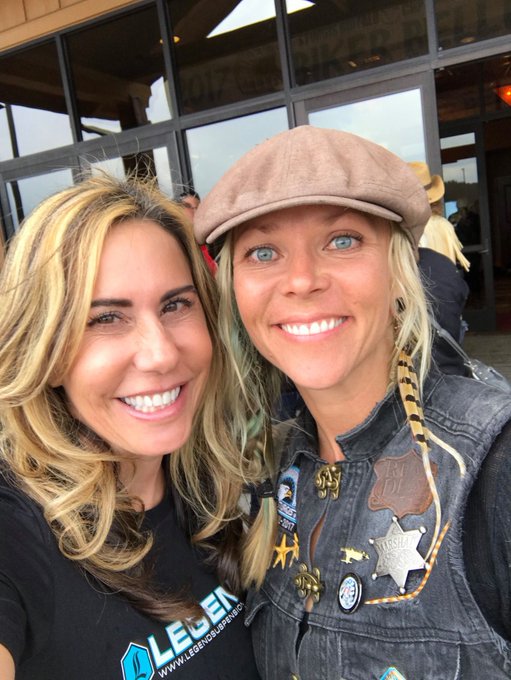 "It's with a heavy heart that I pass along the news that Jessi Combs passed away yesterday while attempting to break a land speed record," she wrote. "I also had the chance to attempt this record but it wasn't my turn... this hits home for me. Godspeed, Jessi Combs."
source: CNN
Tweet
Whatsapp
Leave your feedback! 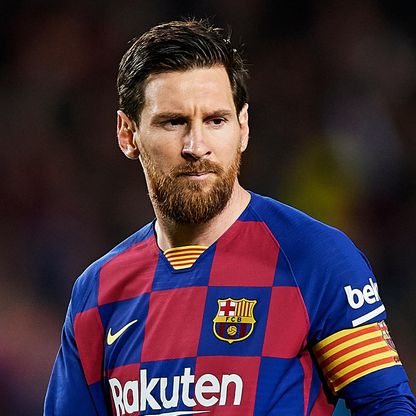