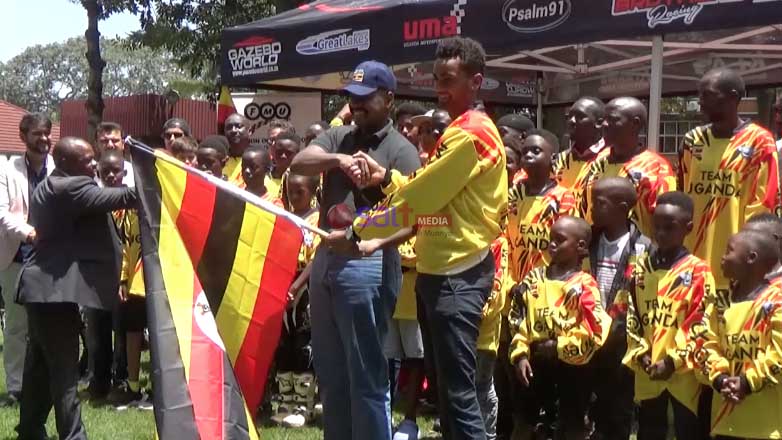 Lt. Gen Muhoozi Kainerugaba flagged off a team of 37 that is heading to Zimbabwe to represent Uganda in the mortocross of African nations championships, the tournament is set to kick off Friday this week.

Muhoozi handed the flag to the team captain maxim van pee who is the mx1 category, players will represent Uganda on various categories.

In his address, Muhoozi told the players to make Uganda shine by offering their there best.

in the same Muhoozi handed She 20 Million to the team on behalf of Gen. Salim Saleh.

The players asserted the tournament is a platform for acquiring more experience.

The sixteen team tournament will be hosted by Uganda next year.