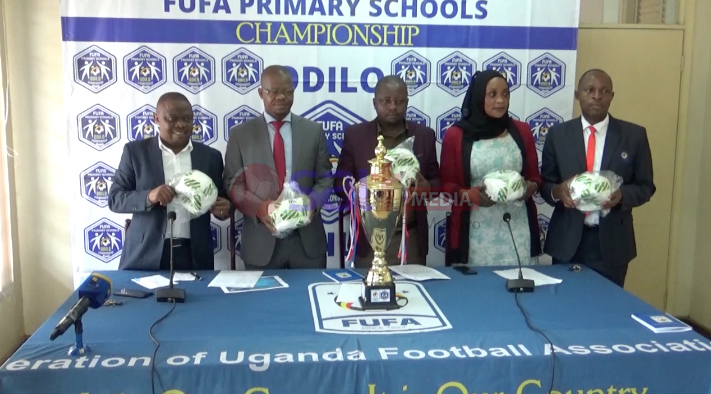 In FUFA The primary schools' tournament that was conceived and started at the beginning of the year, 375 teams participated in the tournament and the tournament has reached the quarter-final stage.

The quarter-final draws were held at FUFA offices yesterday. Green valley from Mbarara vs. Bright valley from Gulu,
citizen parents form Kampaka Vs Rays of grace from Buikwe,
God's grace from Serere Vs Busumbu p/s Oasis Annex
Form Arua Vs Tooro boarding p/s. the quarter-finals will kick off this Sunday at Njeru technical centre in Jinja.

In the same FUFA revealed that the winner would represent Uganda in the East African regional tournament.

Though it was only boys that participated this year, it is expected to have a girls’ tournament running alongside the boys’.