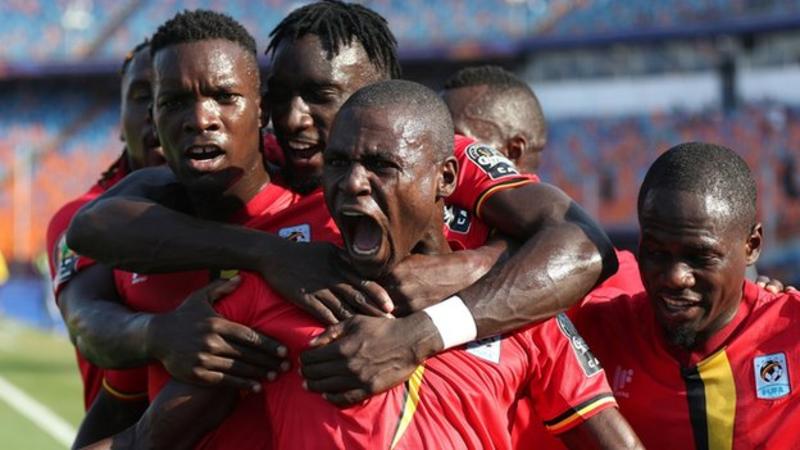 Uganda's players ended their boycott of Africa Cup of Nations training after being promised an extra $6000 dollars each by the country's Football Association (FUFA).

The squad took to the pitch three hours behind schedule on Wednesday, after securing the extra cash.

FUFA says it had already paid everything owed under the pre-tournament agreement.

But the governing body said the importance of Friday's game meant they had to act.

"Considering the magnitude and importance of the event of Uganda Cranes match against the Teranga Lions of Senegal, the interests of the Nation, Government, the Sponsors, and the gallant fans, FUFA has agreed to pay 6,000 USD over and above the agreed terms in the Code of Conduct," a FUFA statement read.

It stated that "matters of finance" will not now be discussed until the end of their participation in the tournament.

The dispute has disrupted the Cranes' preparations for the game against Senegal, but their coach, Sebastien Desabre, said there would be no drop off in the commitment of the squad.

"We will give the maximum, like against Egypt, Congo or Zimbabwe," the coach said in a video released by FUFA.

"We have a chance if we keep the same high spirits and motivation. We have continued our work, and that shows the commitment of the boys."