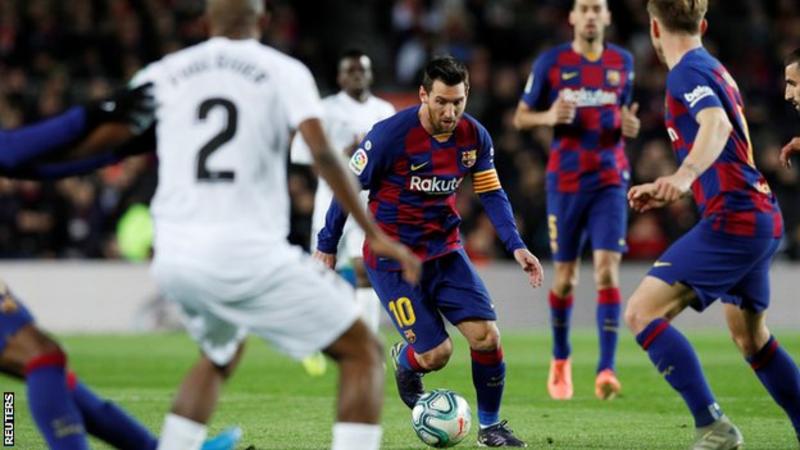 Real wrapped up the title with a game to spare as they edged past Villarreal at an empty Alfredo Di Stefano Stadium.

Karim Benzema fired between the legs of Sergio Asenjo and added a controversial second from a retaken penalty.

In bizarre fashion, Sergio Ramos had rolled the first attempt for Benzema to smash in but the effort was disallowed.

Vicente Iborra pulled one back but it mattered little to Real as the club wrapped up their 34th Spanish title.

Zidane's side have won all 10 of their matches since Spanish football restarted in June.

They head into the final day of the season with an unassailable seven-point lead over second-placed Barcelona.

"This is better than anything. It takes a tremendous effort to win La Liga," said the Real Madrid boss.

"After 38 matches, you have more points than anyone else. After lockdown and everything, it's astonishing."