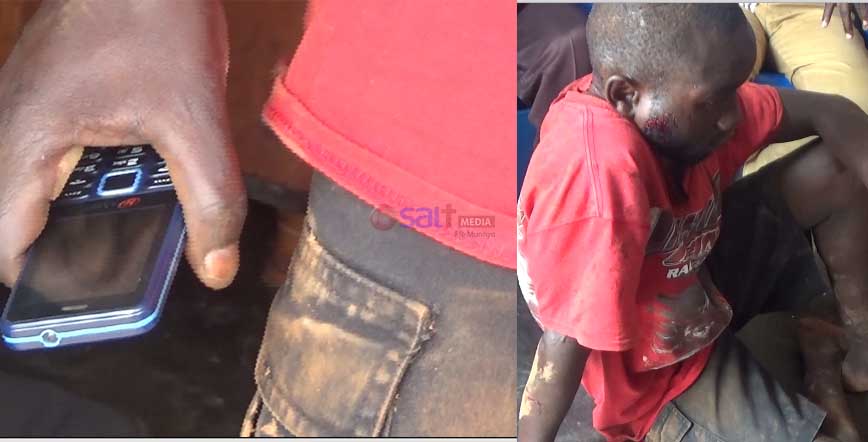 Moses Aziz survived being lynched after coming from Kawaala to kazoo to brutalize the locals.

Aziz acknowledged stealing a cell phone, after which he pleaded to the leaders and residents to be exonerated.

Alex a resident whose phone had been snatched bt Aziz elaborated how the thief sneaked into the salon unnoticed and grabbed the cell phone.

The solon proprietor asserted that cell phones have been stolen on several occasions.

Finally, Aziz was conveyed with a boda-boda to the area police post to file cases of theft against him.