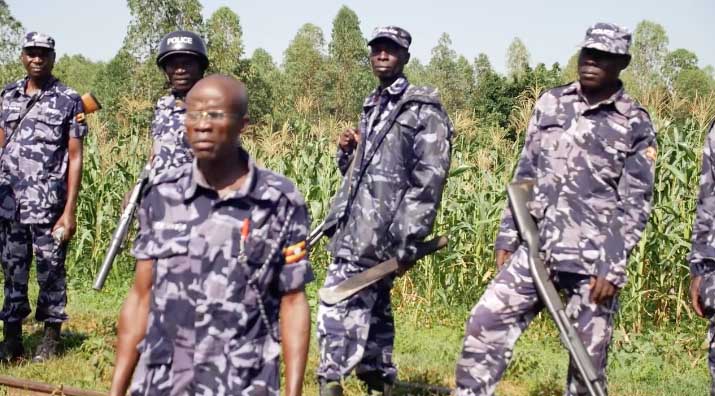 Police have deployed heavily in Namabasa Sub County as Residents of Namabasa village zone IV woke up in shock after 2 residents were cut with pagers, left critically injured & nursing wounds in the hospital.

A conflict broke out between two people namely: Mike Musayi & Fred Masaba over land grabbing in the area.

The locals accused the Mbale police of being so corrupt and not attending to their concerns. One the resident identified as Sam a school staff said they were attacked is when the police came picked him from my microphone, watch the drama.

Meanwhile, the friend who took off after the arrest of other one came back in fear and, said they were the ones attacked but he was surprised that police again picked one of them some he says was not right.

We spoke to some locals in the village who said they are not part of the land wrangles but they are having sleepless nights as gunshots are always heard at night, other said that they are threatened to be killed if they do not vacate the land.

The chairman L.C.1 of this village of Namabasa zone IV village said has now turned into a very hard man to the extent he has his own office of L.C.1 and a stamp, he added on that many of residents live in fear and many are in the hospital as they are always attacked at night after the police have left.

But other locals also accuse Musayi of putting roadblocks at night asking each person to show their I.Ds before they can pass on his land.