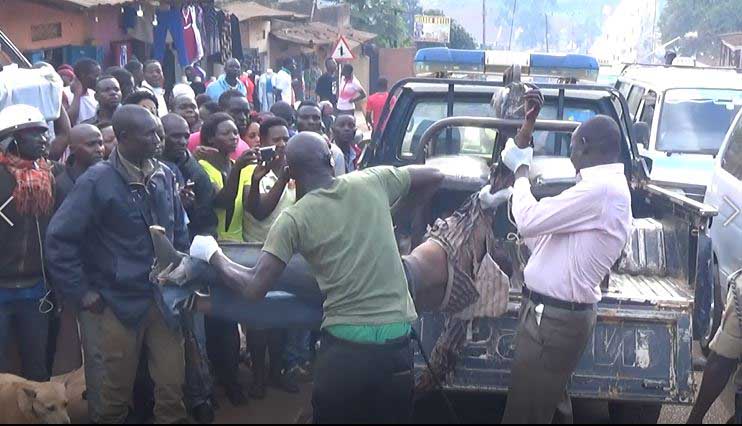 Earlier this morning, the Kasubi based boda-boda cyclists captured and angrily killed a suspected boda-boda robber.

This came about when the unidentified man got hold of a boda-boda that was parked near the supermarket and tried to run with it, on spotting him the owner made an alarm, which alerted the cyclists that gathered and perused the thief.

According to the residents, the robberies on the rise since every now and then such criminal are caught red-handed.

Despite mob justice being unlawful, some residents have gone ahead to support it citing the rampant boda-boda cyclists’ murders.

The robber didn’t start with the boda-boda since he snatched the helmet from another cyclist before stealing the boda-boda that caused his death.

The area leaders including Nsubuga Michael & Tamale peter the L.C1 & L.C2 respectively condemned the act of mob justice, however, they cited loss of confidence in the security organs as the cause of mob justice.