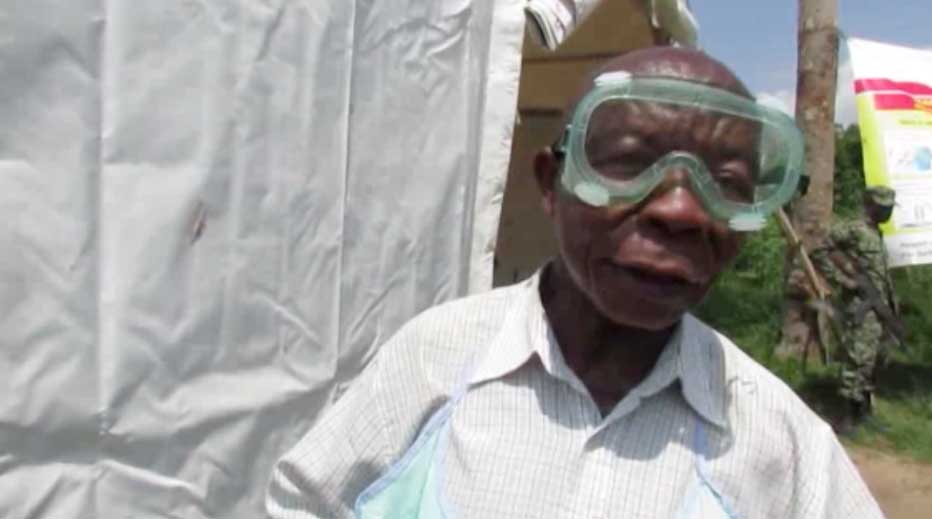 This comes after the nurses working at Masango screening point isolated a 19year old boy who was suspected to be having Ebola signs and he was coming from DRC.

The Deputy RDC Kasese Mr Joshua Masereka confirmed the incident. He said this act could have been committed during night hours by unknown Congolese.

The RDC said they are working hard to establish who could have committed the crime.

Bwambale Isaac working with the Red Cross also said they had started receiving threatening words from the relatives of the boy who was taken to the ETU centre at Bwera Hospital.

Mr Baghene Sylvester working at one of the screening points urged the Government to provide them with security personnel whom he said will help in controlling the people who cross from DRC.  As we lift the place the security was already deployed heavily at all the two Ebola screening points.