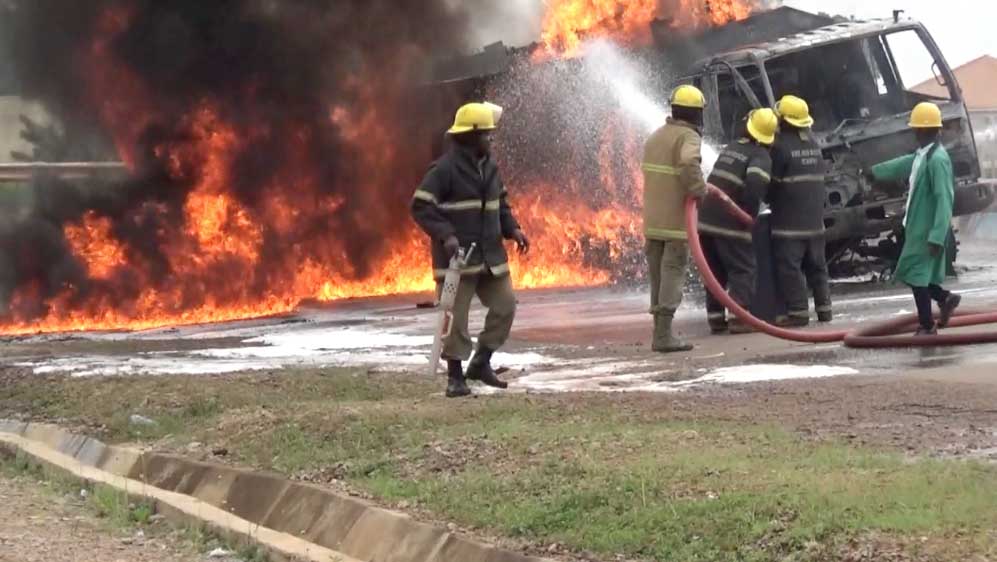 Business came to stand still on Northern bypass in the areas after Naalya roundabout as the truck carrying petroleum was gutted by fire and perished. The truck was coming from Bweyogerere heading to Kalerwe.

The flames began when the fuel truck collided with Subaru UBD 202B that was over speeding while coming from Bweyogerere, as a result, the fuel truck tires dropped and it caught fire.

The residents blamed the police for delaying to arrive at the scene to put out the fire.

The police, however, found it challenging to put out the high flames that required bouncing back for more water. The driver and passengers in the car took off; the bystanders amassed the place to witness what was happening.

In the same way, the police struggled to chase away the residents that were stealing fuel, tyres and other parts of the truck that fell off.