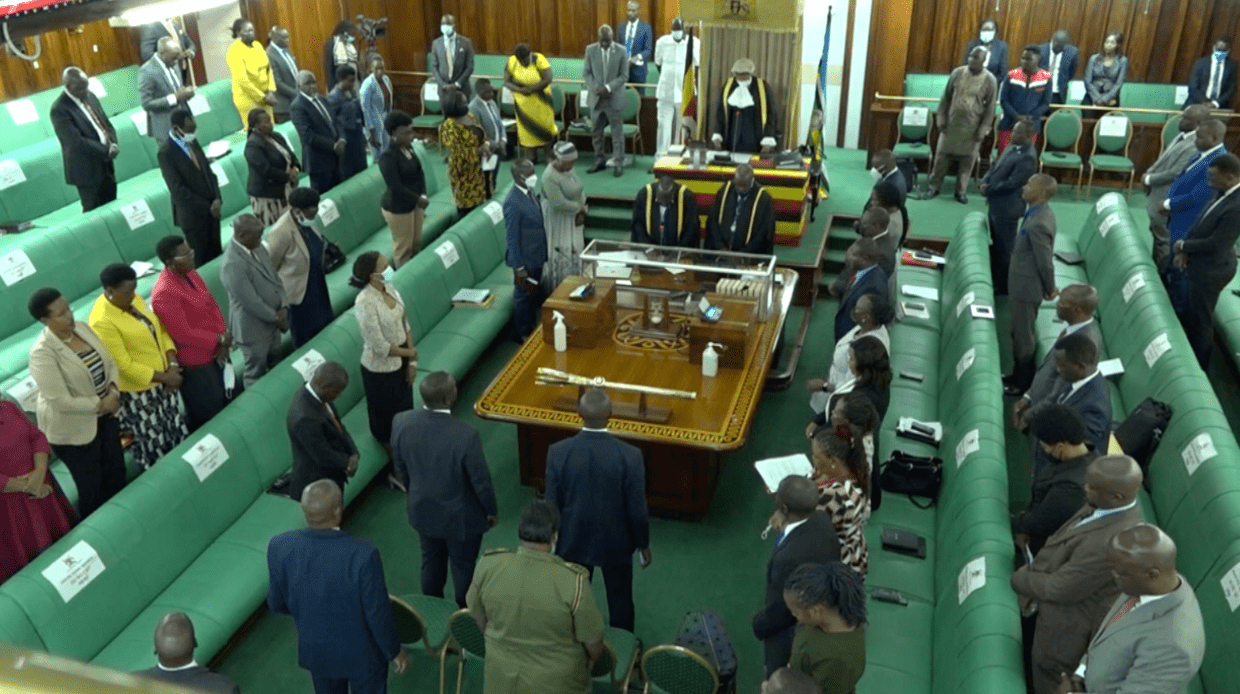 GOVERNMENT TASKED TO SPEED UP THE ENFORCEMENT OF TRAFFIC REGULATIONS

Parliament has tasked government to increase the enforcement of traffic regulations   by increasing fines for the offenders of traffic guidelines. This followed a report from the committee of health which has indicated the country spending 877 million shillings daily as a result of bodaboda accidents.

While presenting the report on the flow of parliament, the committee chairperson Charles Ayume told parliament the report was conducted from 16 national referral hospitals including Mulago. Ayuma further stressed that the report also involved report from police. The same report indicated between 130,000 to 140000 accidents which occurred between 2018 to 2022.
The same report also recommended government to put in place other regulations which include enforcing the traffic signs on high ways .Speaking at parliament the state minister for transport Hillary Onek pledged to submit another comprehensive statement regarding the ministry effort in combating accidents.
The MPs who include fort portal municipality MP Alex Ruhunda said that they have been raising concerns on the various platforms but little attentions have been given.

Meanwhile, the state minister for lands housing  and urban development Persis Namuganza has expressed anger on the recless driving which has  seen many violating  raod signs.However Bunya south MP Iddi Isabirye says the report is biased only now acknowledging the role the boda bodas play in the industry of transport.

In the same way, the speaker of parliament has tasked ministry of education to present a policy on which itgs intending to arrange students from out side the aqffcted areas on how these rae tom get holidays.
This followed concern which  has been raisewd by the leader of opposition who has wondered on the ministry directive in reducing on the term yet govement still allows concerts.
But the minister fof sports Peter Ogwang defended the government position  but the speaker asked for a complete policy.
The MPs who included Budadiri easdt MP Isaiah Sasaga questions how govermrnt intends to do this.
But Kanyumu county MP Peter Okwalinga has defended government saying its still conducting research.