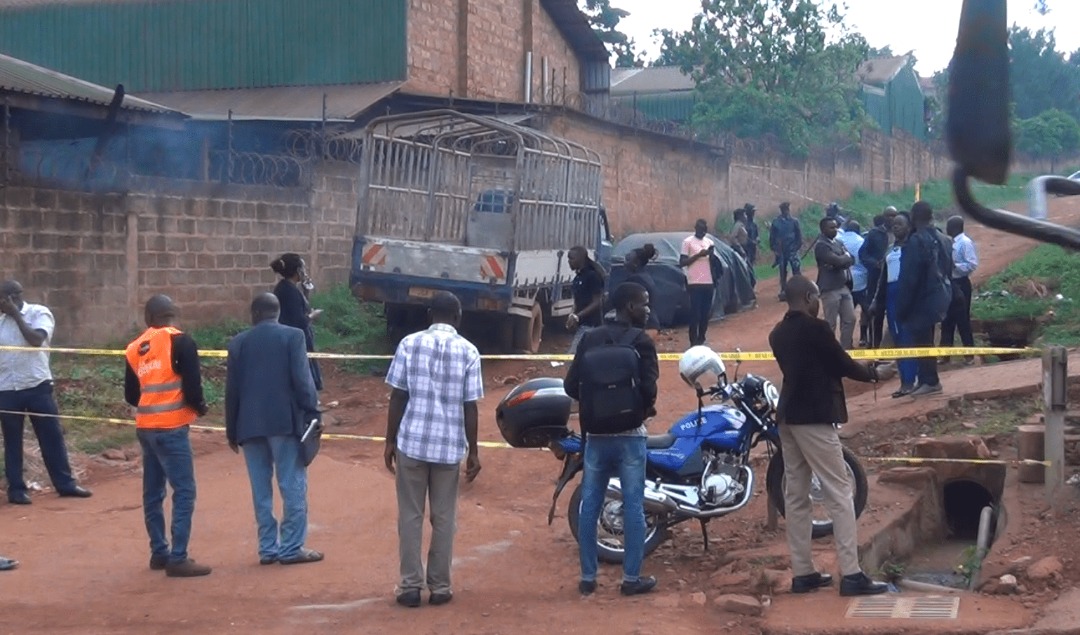 Kyanja police post was attacked by armed terrorists at night and trying to take their gun but they were prevented by officers who were present at night.

Kyanja police post is attacked by mundu criminals at night and trying to take their gun but they were prevented by officers on duty.
Unidentified gunmen attacked the police station at 7pm and started firing and the officers who were on duty at night also responded and the gunmen fled.
Police officers led by KMP Steven Tanui rushed to the Keshington Police post in Kyanja in Nakawa Division where the attack took place.
By the time we reached the scene, security personnel from various agencies had already arrived at the scene amidst tight security .
The police dog was brought in to sniff the criminals.
All the roads leading to the police post were closed by the security forces later, Police Commander Steven Tanui also arrived at the scene to investigate the incident.
The people led by the village chairman Kamoga Grace said they were saddened by the increase in such incidents in the country and urged president Museveni not to bring police posts in the community as he had ordered the police but to increase their strength.
They also want all people brought to their area to work to be registered, he said it also increases crime in the area pointing out some of the potential causes of such incidents. It was revealed that there were two night guards at the time of the attack and nothing was taken from the police post. After the attack the robbers fled.
Residents who preferred to conceal their identity said they heard gunshots at night and saw that their local police had been attacked. They are saddened by the increasing situation in the country. At the time of this writing, investigators were still gathering evidence at the scene. This comes as Busiika police station was also recently attacked by gunmen robbing two guns and killed the officers present.