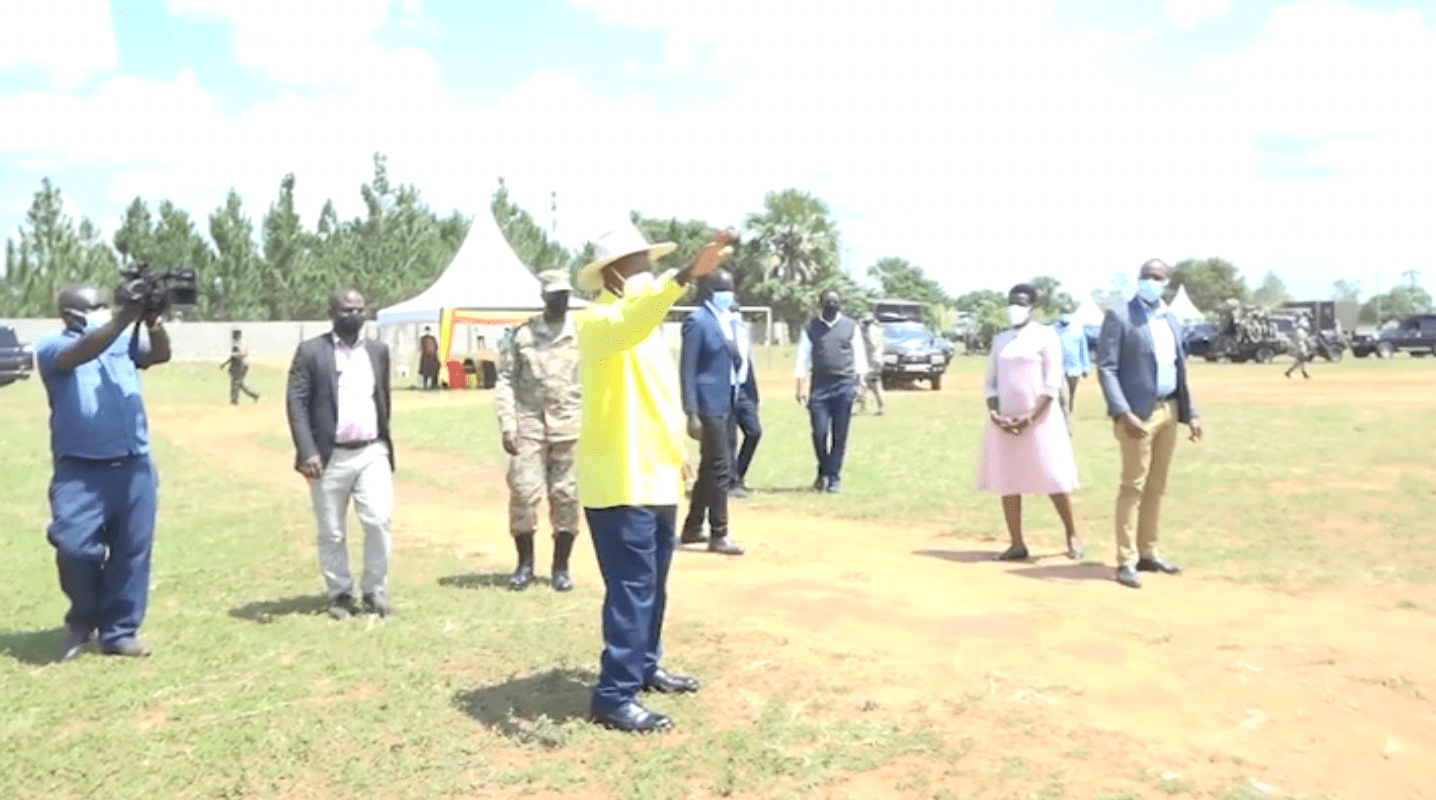 President Yoweri Kaguta Museveni has expressed his disappointment at the failure of Ugandans to take advantage of the government programs, saying it is taking the country backwards he said this in eastern Uganda during the campaigns

At 6pm President Yoweri Kaguta Museveni was on the ground at St Kizito Technical Madala grounds where he first went to Moreapesur School where he was campaigning for NRM candidate Edmond Herbert for Soroti City East constituency.

The President was welcomed by his deputy Lt major jesca Alupo, ministers and dignitaries from the NRM.

NRM chairman in soroti district thanks president museven For deciding to make soroti a city. However, NRM Secretary General Richard Tadongo told the President that some areas of the city are still in poor condition and deserve government attention.

NRM Eastern Regional Deputy Chairman Capt. Mike Mukula told the President that some roads are in poor condition and some are not being paid for their cattle in the region as promised.

He presented the people who have converted from my National Unity Platform to NRM and they have also said that they were being lost.

NRM General Secretary hon. Rosemary Seninde said the President's visit to the area ,gives them victory in the by-election

Vice President Lt. Major Jesca ALupo has told the President what she found out about the time she spent in Soroti campaigning for their members.

However, President Yoweri Kaguta Museveni in his speech lamented the lack of enthusiasm among the people of Uganda for government programs such as the universal education system which targets to help poor parents.

On the issue of soaring commodity prices including fuel, President Museveni has again urged people to use locally produced products, use electric vehicles and rail transport

The election has three contenders including NRM candidate Edmond Herbert Ariko, FDC candidate Moses Attan and the UPC candidate Pascal Amuriat, but the contest is majorly between  FDC and the NRM candidates.