EC Warns Against Campaigns And Rallies

According to Mr. Mugenyi James Fort portal city electoral commission returning officer says that all the candidates that have been nominated will be requested to wait until three days of inspection where the electoral commission will be receiving electorates who want to crosscheck the academic documents of the candidates who contested in their area.
Mugenyi adds that candidates contesting for the same seat will not be permitted to campaign in the same area at the same time as this is done to enhance harmony during campaigns.
Mugenyi added that according to the guidelines given by ministry of health, candidates are not allowed to do drives, rallies and processions which defy the standard operating procedures that may result to transmission of covid-19.
Mugenyi narrated that on Thursday 15thOct, police intercepted FDC candidate Ajuna

Daka MP Central division in Fort portal city went due to drive and his supporters, were celebrating Ajuna’s nomination, took to the streets marching and singing which is against the guidelines issued by the Ministry of Health aimed at preventing the spread of Covid-19. 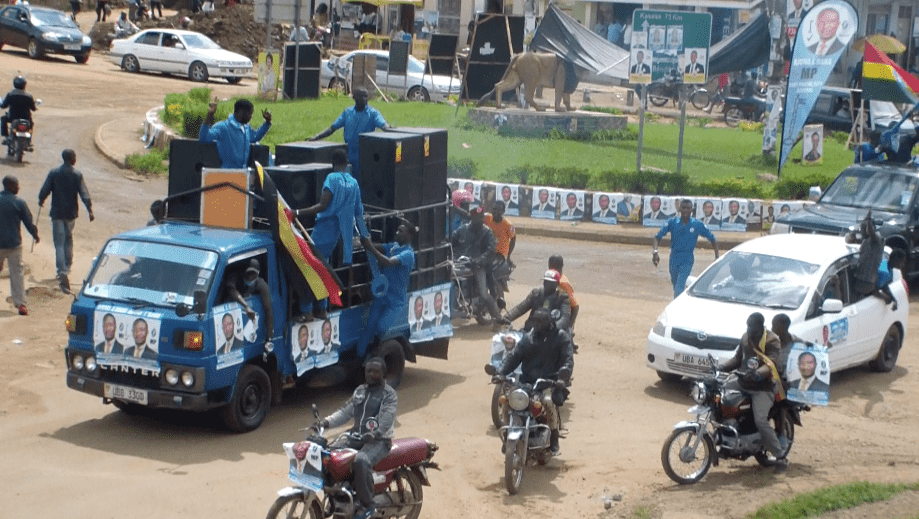 Margret Muhanga Mugisa NRM flag bearer of fort portal north division member of parliament told our reporter that her aim is to transform north division being a rural in a tourism city to become a new city and central division becomes old city like Kampala; adding that north division is the center of tourism as it has all tourists attraction like; royal tombs so it needs more effort.

Alex Ruhunda NRM flag bearer central division asks people of fort portal to give him a chance so as to fulfill his dream of developing fort portal and has that potential as he is commonly known as “NIKISOBOKA.”

Linda Irene Nyinabarongo Mugisa NRM flag bearer city woman member of parliament said that she deserved the votes as she has been working for the people through skilling the youths and women and that is the reason why she has not spend much in campaigning as people voted her for free; adding that she has hopes that people will send her to parliament.

Atuhairwe Jackline aspiring for MP North division on Alliance transformation for change [ANT] said that many candidates were sent back due to disappearance of the schools where they completed their studies and for her it was fine and promised to focus on development of the city.