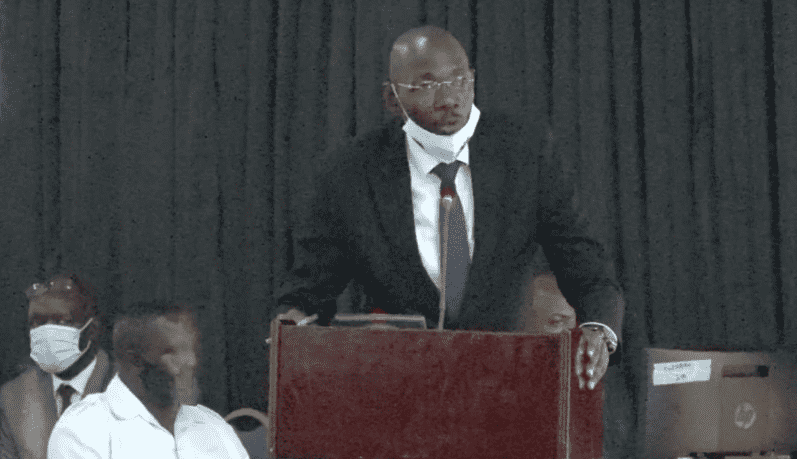 Parliament has tasked the attorney general Jackson Kafuuzi explain why government reluctant to submit an amendment in the registration of the persons act article 32 which bars candidates not to contest if their names differ on their academic papers and national identity cards.

Kafuuzi assured parliament that he was to submit this bill today however he shocked parliament after saying that the cabinet has partially handled   the bill to accommodate only married women.

This has sparked off an angry response as Mps who included Kasanda north MP Patrick Nsamba blamed government for playing a delaying tactics yet the house the to recess on 1st October 2020. The matter has also attracted the reactions from the shadow attorney general Abdu Katuntu who questioned why the attorney general was only interested in submitting the report instead of the bill.

Other MPs who included Bugabula south MP Maurice Tibalya wondered why the government is not realizing the purpose of this bill.

However, kafuuzi defended the government position saying there were supposed to be consultations from NIRA and the electro commission and make a comprehensive consultation. There were also concerns raised by the leader of opposition Betty Aol Achan on the women councilors who are supposed to under nominations.