According to the residents of Mowlem Private Akera David’s body was found along the Hima-Kavera road about 3 kilometers from Kavera Barracks with bruises on his body an indication that he was murdered by yet unknown goons.

Similarly, Baluku’s body was found about 50 meters away from his rented room in Mowlem Centre with cuts on his chest. 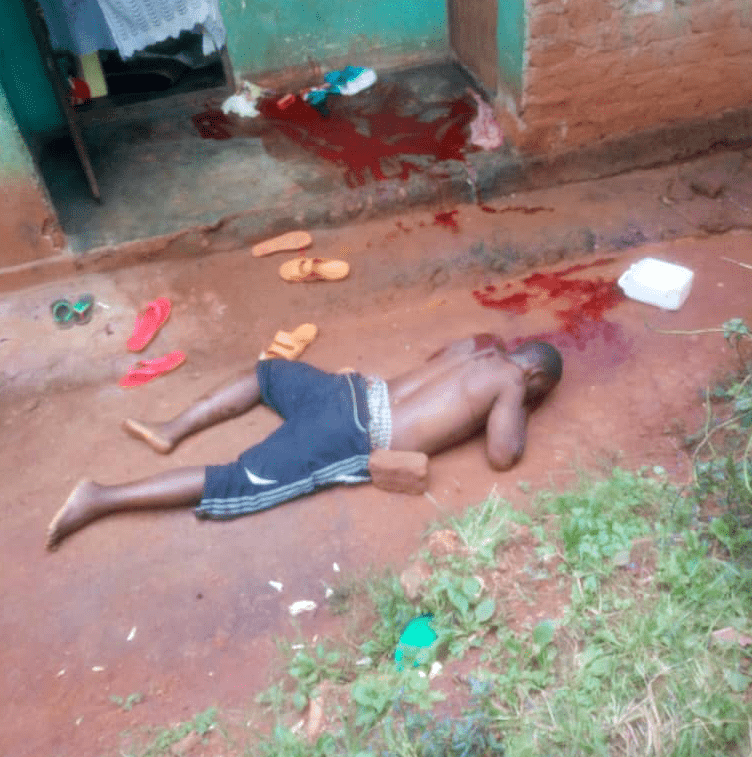 Upon realizing the sad incidents at 12:00 midnight, the residents called Police immediately at Hima Police Division, which responded instantly.

Rhoda Bwambale one of the residents condemned the act and cited need for strengthening night patrols. She urged her fellow residents in the area to be security conscious and always get home early.

Celestine Sebatwera in charge of Local Council I Defense warned bar operators in the area who have deliberately continued to operate amidst the lockdown. He revealed that the two people could have been coming from a nearby bar.

Captain John Musinguzi the Mountain Division Brigade Spokesperson confirmed the incident and reported that investigations have been mounted.

Musinguzi added that Private Akera David was not on official duty by the time he met his death adding that he was not also armed.

The condemned the incident and said that the murders will be trailed and charged accordingly.

Police took the two bodies to Kasese Municipal Mortuary for a postmortem report.