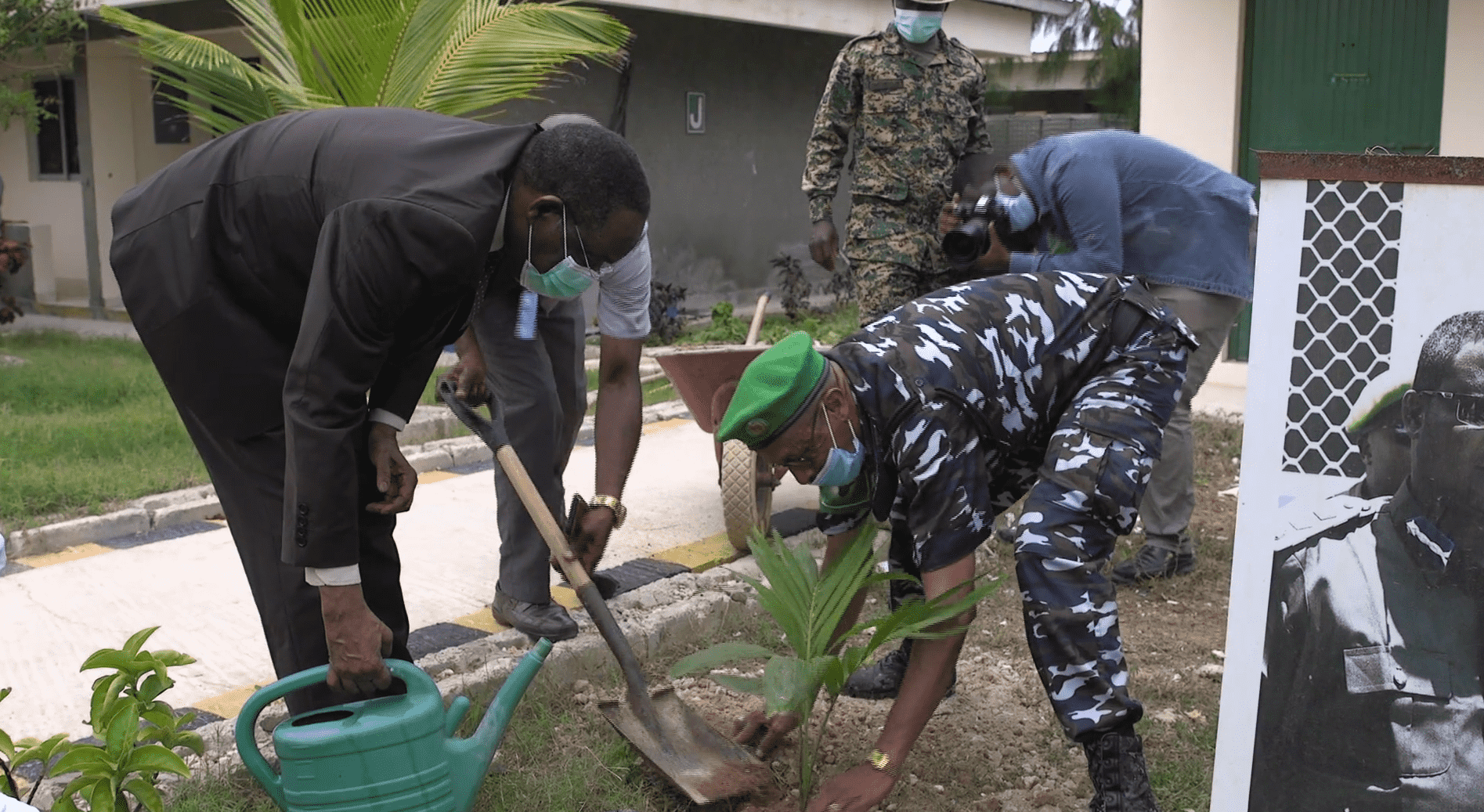 Mogadishu - The African Union Mission in Somalia (AMISOM) has today launched a document detailing mandatory environmental protection guidelines and practices that all mission personnel are to follow as they go about their duties on the peacekeeping mission.

The document, titled AMISOM Environmental Protection and Management Standard Operating Procedures (SOPs), was launched virtually on Wednesday by the Special Representative of the Chairperson of that African Union Commission (SRCC) for Somalia, Ambassador Francisco Madeira.

“We have been fighting Al-Shabaab so that we can protect the population and ensure their safety and security. We have been carrying out some quick impact projects to respond to the immediate needs of the population. We have supported efforts for the maintenance of law and order so that people and the population can live in peace and go about their lives freely and confidently. So, protecting the environment where the population undertakes their daily activities is as important as protecting them from Al-Shabaab,” said Ambassador Madeira at the launch.

The SOP spells out the roles and responsibilities of every AMISOM personnel regarding the protection of the environment, and will also serve as a guiding framework for other peacekeeping efforts by the African Union across the continent.

Ambassador Madeira, who was flanked by AMISOM Police Commissioner, Assistant Inspector General of Police, Augustine Magnus Kailie, launched the SOPs to mission leaders from the military, police and civilian components of AMISOM, as well as a representative from the Federal Government of Somalia (FGS) and the United Nations Support Office in Somalia (UNSOS).

In his opening remarks, Ambassador Madeira explained that AMISOM’s role is not only restricted to fighting the Al-Shabaab but also entails enabling the government to operate, and ensuring a healthy and conducive environment for the local communities as mandated by the relevant instruments of the United Nations Security Council and the African Union.

He said that the SOPs would spur more collaboration between AMISOM, UNSOS, and FGS, in organizing environmentally friendly activities across the country so that AMISOM leaves behind a Somalia that has not been degraded when it is time to exit the country.

The virtual event host, AMISOM Senior Policy Officer, Lucy Alghali, who was also the team leader of the officials who formulated the SOPs, explained that the launch was a culmination of months of hard work, but that the resultant SOP is  really exhaustive and will provide useful guidance to the military, police and civilian components in the management of the environment across the mission’s operations.

The Director General of the Directorate of Environment and Climate Change in the Office of the Prime Minister of the FGS, Ahmed Yusuf Ahmed, welcomed the development, saying it was timely and would work well in collaboration with environmental protection initiatives of the government.

“We are very happy to see our partner today launch this important document. It works well to come up with these guidelines to be adopted in the whole country. Since the government institutions are still growing, we are also happy to collaborate with our partners regarding these guidelines that you have developed,” said Mr. Ahmed.

The Head of UNSOS, Lisa Filipetto, congratulated AMISOM upon their milestone and promised even stronger partnership in operationalizing the SOPs.

“The UN takes its responsibilities on the environment very seriously, especially the idea of doing no harm when we have our missions abroad. The Director General spoke very eloquently of Somalia’s own vision for its future in terms of environment and climate change. To that effect, we, the UN and AMISOM, need to be supportive of that vision for a clean and green Somalia, with its beautiful people and beautiful landscapes,” said  UNSOS head Filipetto.

To commemorate the launch, Ambassador Madeira and AMISOM Police Commissioner, AIGP, Augustine Magnus Kailie, planted a palm tree, the first of many to be planted in line with the SOPs. 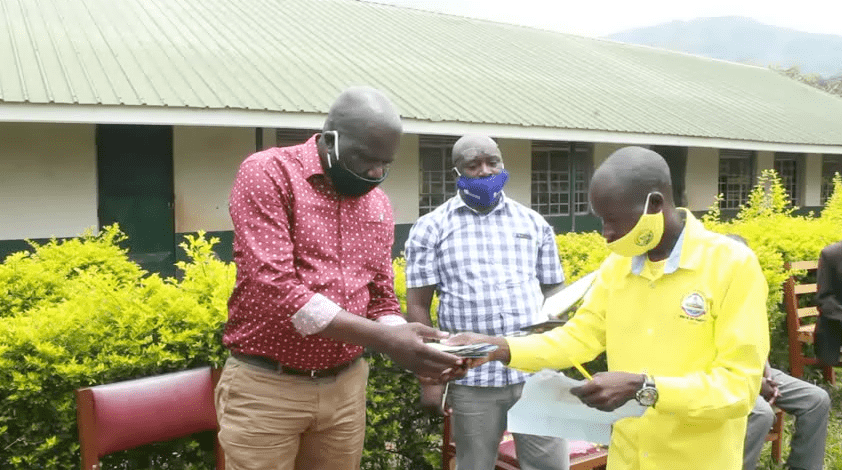