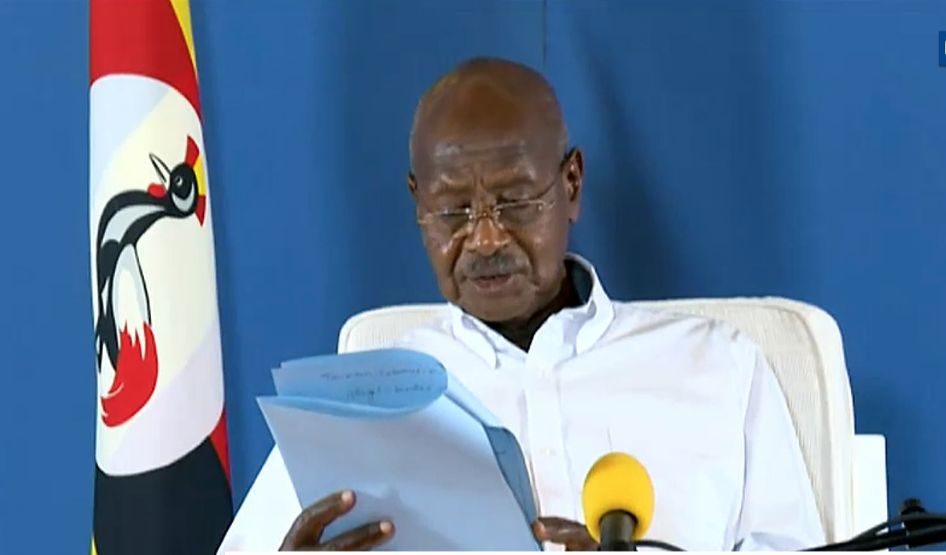 Museveni says Ugandans should be in support of digital campaigns and scientific elections.

The president stated that using the media and the Internet for campaigns is the best option at the moment since mass gatherings inform political rallies expose Ugandans to danger.

However, he highlighted the fact that the general elections will be held as usual with the implementation of the SOPs such as hand washing, social distancing and sanitizing at the polling stations.

Regarding the reopening of the schools president said that we are not ready as of now therefore the schools should remain closed, and instead study materials are going to be distributed and a radio set per family.

“Nobody who cares about Uganda should call for reopening of schools just yet. It is just too risk.” – president Museveni.

Despite the public outcry for the reopening of the churches, according to Museveni the church welcomes all people irrespective of their risk profile he thereof says that the churches can not be opened at the moment because there are still cases coming from the community, on this background he noted that it is not easy to track the infections incase it spreads among the congregation. According to the president, during this last phase of the lockdown, the coivd-19 task force will engage the religious leaders to get the way forward.

“Church gatherings and places of worship to remain closed due to difficulty in enforcing preventive measures” Museveni noted.

The city Arcades are remain closed, however the president assigned the National Taskforce to engage with Arcade owners and the traders.

This time the president opened the public and the private transport in the border district except for those with COVID-19 cases.

The president also noted that the boda-boda riders are still not allowed to carry passengers but to carry only cargo.