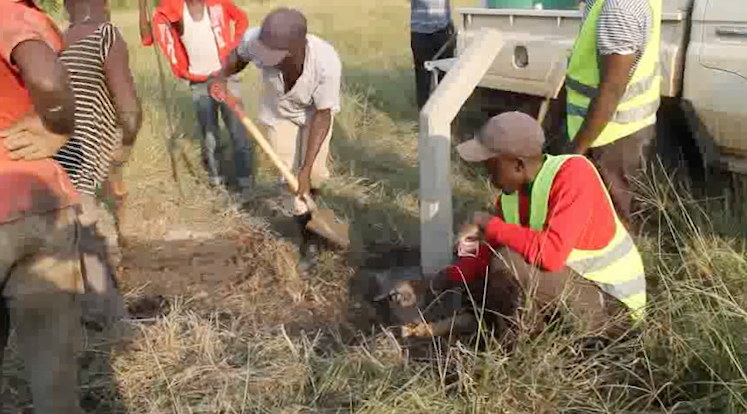 In this operation Katwe secondary school was demolished after find out that it was built in the national park.

In a bid to reduce conflicts between wild animals in Queen Elizabeth national park and the communities that re neighboring the park, Uganda wildlife authority in Kasese district has put live fence around national park in the areas being prone to animals’ problem, which is causing wildlife conflict.

According to Nelson Enyagu UWA officer, when the boundaries are clear; it will help the government to put electricity fence, which will protect animals from crossing to the communities.

But the community in Katwe Kabatoro town council was not happy with it.

Speaking to Justus Kyomya a resident said demolishing this secondary school it will lead the increase of drop outs in katwe town council because it was been the only school that is near the community.

The Mayor Katwe Kabatooro town council, Johnbosco Kananura comforted the community saying that as leaders they are going to sit with government to come out with the solution.