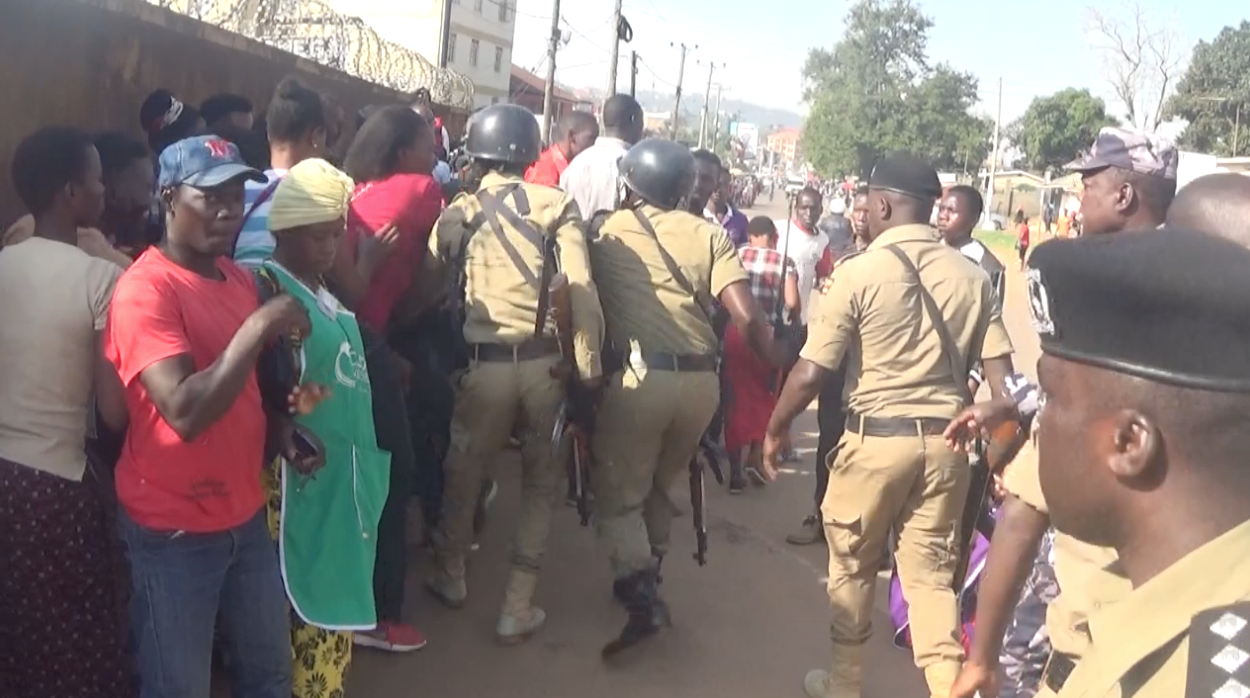 It was a hard job for the police to disperses the angry workers with tear gas and bullets after the workers at cascade hair factory turned violent in Kira municipality, Bweyogerere division.

For 3 days the workers have been striking over sexual harassment and exploitation, though the police allege that the group did not follow the right procedure.

Although the police started with minimal force, they employed excessive force as the strike turned more and more violent, leaving many injured.

In the same way, the demonstrators railed Kanyana Ezra the workers’ rights advocates, whom they accused of betraying them, though he refuted the allegations.

However, the strike didn’t affect only the cascade factory workers but all the business operation in the same area have come to stand still.

Meanwhile, the factory has been closed until Monday next week, though the labor unions are still trying to discuss with the factory bosses to come up with a conclusive solution.