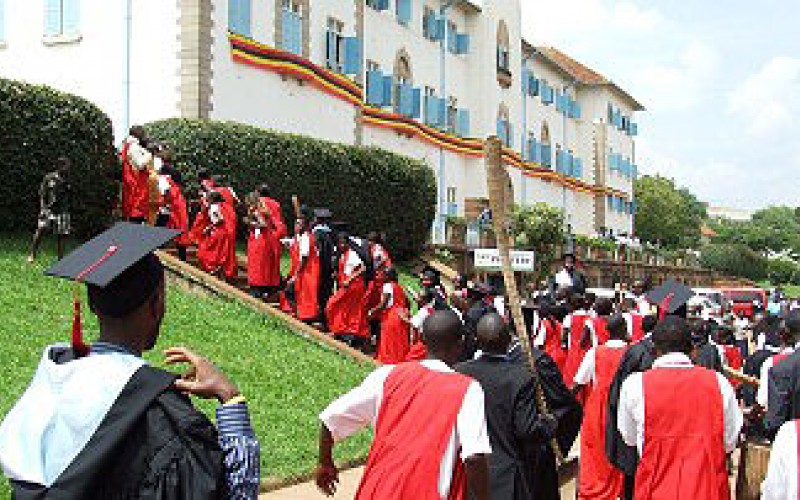 Police was heavily deployed early this morning at Makerere University to stop the students from striking after realizing that their graduation gowns were missing.

All routes passing through collages in the university were packed with students that had come to get their gowns.

At first it was rumored that the students that would have missed out on the gowns would graduate in their ordinary attires, however the university spokesperson Dr. Muhammad Kigundu dismissed the allegations and said that all students’ gowns are already available.

In the same way, he said that everything is all set; they are only waiting for the appointed time. Meanwhile, the students who were eagerly waiting for gowns at the university expressed distress over the current situation.