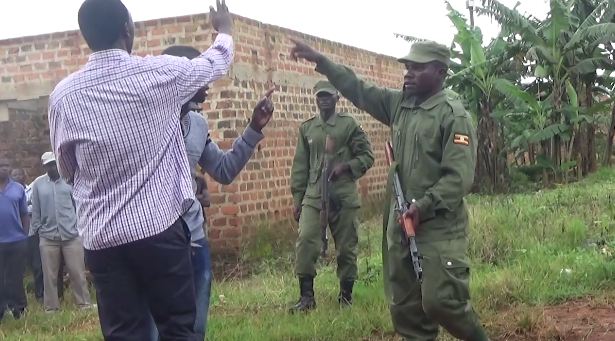 The boda-boda riders stormed a wall fenced premises after suspecting that the missing motorcycle was hidden in the same premises.

The motor cycle was stolen yesterday when the LDU official working together with the wall fenced premises occupants dragged the motorcyclists out of the fence before snatching the bod- boda from him and taking off. However a fight broke out between the LDUs deployed by the police and the UPDF soldier who sided with the boda-boda cyclists. One of the LDU officials wanting to shoot the UPDF soldier, he became upset and as a result the LDU force put  handicaps on the soldiers, though they put handicaps off him after realizing that he was their senior.