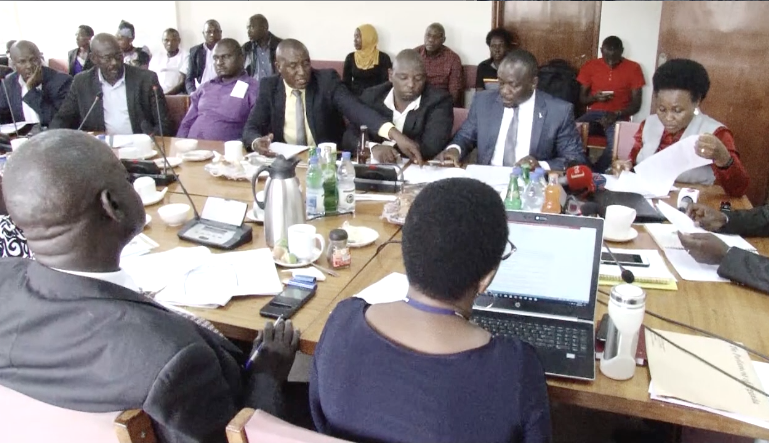 Office of the Prime Minster Quizzed over Resource Misappropriation

NRM MPs have expressed anger over the way prime minister’s office has been distributing hoes. The legislators wonder why this program has only benefited a few ministers.

The MPs led by Bubuulo west MP Rose Muntonyi question the criteria under which these hoes have been distributed. Addressing a press conference at parliament Mutonyi expressed dissatisfaction on the propaganda which has been circulating that the MPs received the hoes which they channelled to their personnel use.

Speaking at the same press conference  Otuke woman MP Silvia Akello questioned why the government is still reluctant to observe the role played by this MPs in mobilization. She cites her district Otuke which has supported his government since this program was introduced.

During the same briefing Amuria woman, MP Suzan Ameru also wondered why the ministry is still selective while distributing relief aid where some areas are more favoured compared to others.

Other legislators who include Kuumi municipality  MPs Silas Agon has thrown doubt on the criteria used in distributing relief to the district.