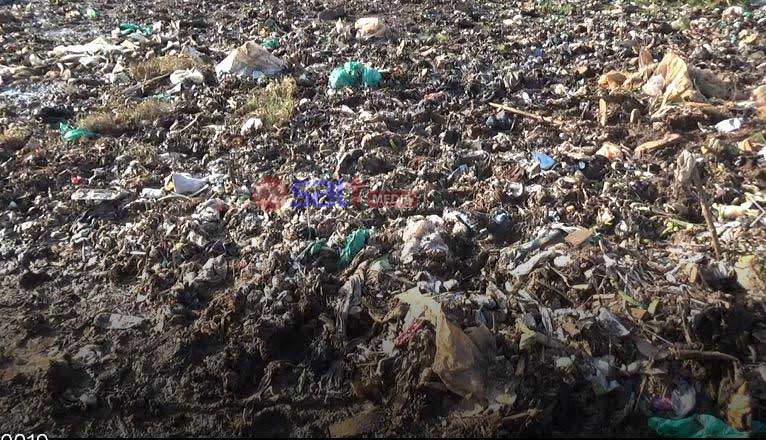 Kibumbi zone residents in Rubaga division are likely to catch cholera if the KCCA and the Rubaga division leaders do not intervene to deal with the garbage problem in this area. Edith Ssentongo the area chairperson said that he has always mobilized the residents to clean the area, however, all efforts have been frustrated by the KCCA that failed to bring a truck to collect the garbage, therefore the residents have resorted to disposing of domestic waste all the place.

Although Kibumbiro is located in Busega parish, Rubaga division in Kampala city, it can easily be mistaken for a remote place that is so distant from the city due to the untidiness of the place.

Kenneth Male one of the residents said that unless the KCCA together with Nabugabo the waste management contractor rescues them, they are likely to contract cholera and other deadly diseases. In the same way, the locals blamed it on the leaders who came for campaigns during the 2016 elections in which they promised them heaven and earth only to completely neglect them after the elections, they have vowed not to reelect them.

Meanwhile, the leaders together with the residents held an emergency meeting during which the leaders were tasked to account for the lack of clear garbage management plan.

In the same meeting, issues of insecurity were raised, as the residents complained about the strangers that the are ever settling in the area without getting registered in the village records, which has accelerated criminality. This coerced the leaders to introduce a village register to capture data of all residents and the incoming settlers.