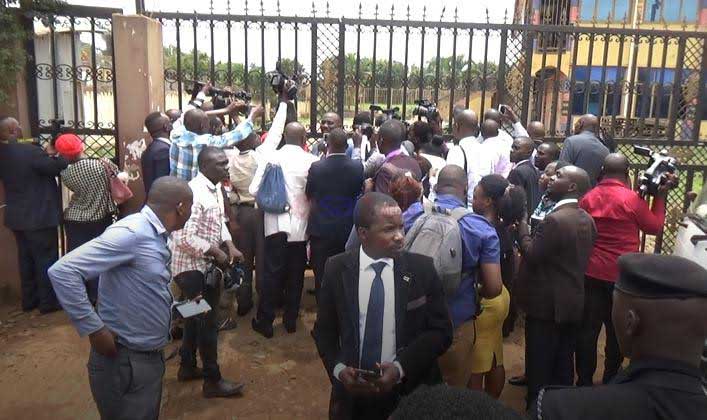 It was last week during the parliamentary human rights committee procession when Gen Elly Tumwine the minister of security told the legislators that they were not permitted to access the safe houses where Ugandans are subjected to torture. Although the safe hose is not available for public access for security reasons, the legislators did not hesitate to storm the places that supposedly safe houses amidst tension.

Together with Jenifer Nantune Egunyu, the human rights committee members went to Kyengera safe house, nevertheless, they were not allowed to access it.

The whole place is surrounded by surveillance cameras and armed guards. On reaching the Kyengera safe house, the MPs were forbidden to access the premises unless they have permission from Kaka Bagyenda the director internal security organization (ISO), something that left the MPs furious.

After being denied access to the Kyengera safe house, the legislators proceeded to the Rubaga safe house, which they failed to locate. They further moved to the Nalukolonog safe house only to be bounced.