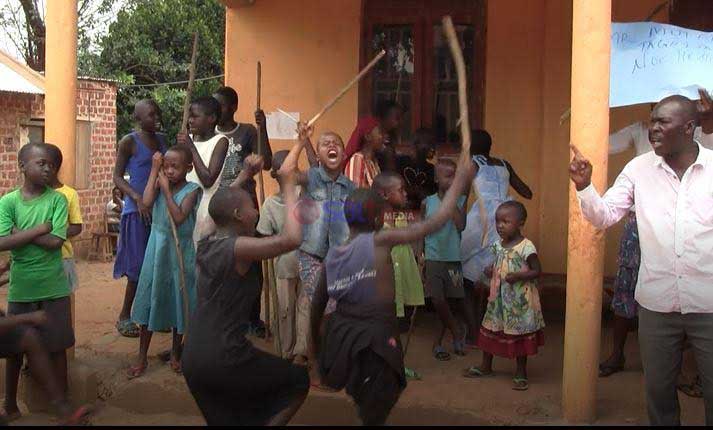 Parents stormed a school known as St. James Buuza abali awo primary school holding sticks with intentions of beating up Nyanzi the new headteacher, who was ferried in from Kisugu. The parents were furious about switching the headteacher in the last term of the year.

The angry parents entered the school from where they were joined by their children the pupil at this school and altogether where moved around chanting ‘no change’ demanding that the old headteacher should stay and the new one to back off.

Namuli Clementina the chairperson fo the school parents committee informed our reporter that the school board of directors erred when they switched the headteacher without consulting the parents first, which has resulted in the uproar.

Fortunately, by the time mob invaded the school, Nyanzi had not yet reached the office, therefore he escaped the mob of parents that would have harshly evicted him from the school. Worse still, it is rumoured that Nyanzi was unpopular at former school due to certain faults.

Nyanzi John the old headteacher, who is preferred by the parents was not at school, although the parents commended him for the good performance and developing the school.

The primary seven pupils have less than 2 months write the final exams, however, the change of the headteacher has greatly affected them since the old head teaches them 2 subjects including mathematics and science.