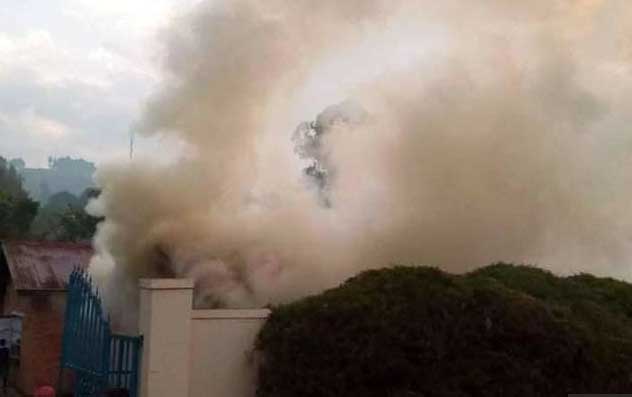 The fire has gutted an administration block of Rugarama School of Nursing and Midwifery in Kabale District. The fire which is believed to have started at around 6:00 a.m started from a stationary room.

Cyrus Tusiime, the Guild President, says that the fire destroyed stationery, graduation gowns and part of the ceiling.  Tusiime says that their efforts to put off the fire were fruitless because they have only two small fire extinguishers.

Muhanguzi also says that it is too early to establish the cause of the fire. Muhanguzi also ordered the administration not to use the building until the police are assured of its safety.