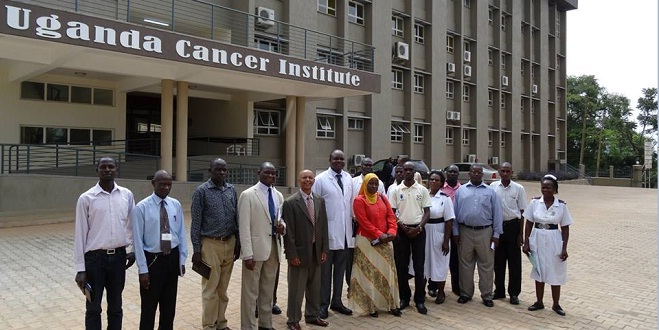 Parliament Tasks Uganda Cancer Institute to Account for Shs 1.77 b

Members of parliament sitting on the public Accounts are furious over the Uganda cancer institute failing to account for 1.77 billion shillings when they claim that the institute is underfunded.

The committee chaired by Budadiri west member of parliament Nathan Nandala Mafabi was interfacing with the officials from the Uganda cancer institute led by the Executive Director Dr Jackson Orem on the Auditor General reports of the financial year 2016/17and 2017/18respectively.

The committee noted that 7.7 million shillings was money in transit in 2015/16 when the financial year started, it was reflected but it is still missing.

However, Kashari county north mp Wilberforce Yaguma is concerned that cancer institute cries of inadequate funding and its sympathized by the public but even the little released is not utilized properly.

He said that the conditions at the cancer institute is also alarming citing the cancer patients sleeping on the floor and the number of death of cancer victims going up per month.

In his plea to the committee, the executive Director Dr.Jackson Orem admitted that errors could have been committed in expenditures but promised to re-align the accountabilities without tampering facts.

With this unaccounted expenditure, the committee chairperson Nathan Nandala Mafabi ruled that the cancer institute officials give the full accountability within one week.